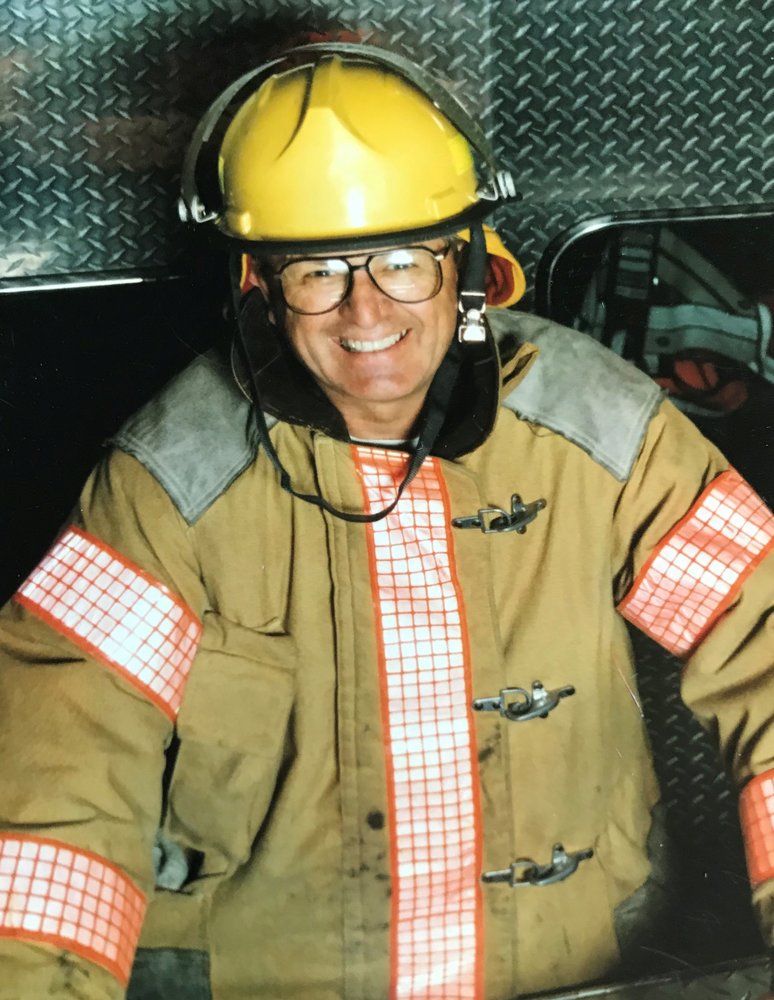 William Henry Larson was born to Bruce and Marjorie Larson on January 25. 1936.  Bill was the oldest grandchild of Noah and Agnes Heller and the last baby born in Sumas Hospital before it closed. He resided in several cities within Whatcom county, the last being Bellingham where he graduated from Bellingham High School in 1954.  He moved to Seattle in 1957 to work for the Boeing Airplane Company and while working there, was drafted in 1958 into the U.S. Army.  He resumed work at Boeing following his return from duty in 1961 and lived in Renton, where he resided until his death.  He married Ruth Quinill on June 21, 1963 in Seattle.  Ruthie gave birth to their four children over the next eight years.  Bill left Boeing in 1966 to pursue a career with the Renton Fire Department, where he worked for 31 years before retiring.  As with many firefighters, he held other part time jobs that included working as a delivery driver for The Lumber Market and as assistant Fire Marshall at the Longacres racetrack.  Until his death, he served as a volunteer on the City of Renton Police and Fire Civil Service Commission.  Bill loved to fish, browse garage sales and work on projects in his shop, he also enjoyed restoring cars and participating in classic car shows with his 1969 Chevy pick-up truck.  Bill passed away peacefully at his home surrounded by his family on May 19, 2020.  He was preceded in death by his wife of 53 years Ruthie and is survived by his children Machelle, Wil (Theresa), Roni (Dave) and Barb (Ray), his grandchildren Shayne, Lexi, Riley, Ally, Quinn and Grace and his sister Margaret (Vern) Swanson and numerous cousins, nieces and nephews.  He is also survived by his Renton Fire Department Family that meant so much to him both while he was on duty with them and then into retirement.  He considered many of them his extended family.  We want to thank the many people who helped with Bill’s care over the past year including his doctors at UW Medicine and his caretakers Regina Mburu and Joyce Owino.  Services are on hold until a celebration of his life can be held at a later date. Per his wishes, he will be interred at Tahoma National Cemetery in Kent, WA.

To send flowers to the family or plant a tree in memory of William Larson, please visit Tribute Store