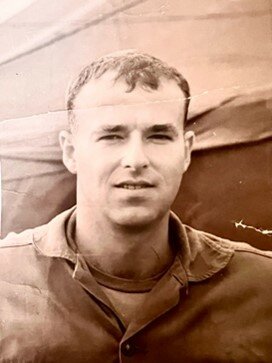 Gerry Alvin Gotch, age 81, passed away on September 6, 2022 after a seven year battle with Alzheimer’s which he fought stubbornly until the very end.

Gerry graduated from Ellensburg High School in 1959 and attended CWU.

He was a proud Vietnam Veteran with the United States Army. He served his  country with pride.

In 1972, Gerry & Sandy welcomed their daughter Stacy. They lived on 4th Street in Roslyn until 1980 when they moved into the house that Gerry helped build on Cottage Avenue. This is where Gerry called home for the next 41 years.

Gerry was a realtor for 47 years. He started his long career with Gary Guzzie Realty in 1972.

In 1992, he along with friend and business partner Harry Masterson, started Windermere Cle Elum.  Then in 1994 Dee Tucker also joined as partner. They built the office in 2002 where it remains today.

Gerry remained the Owner/Designated Broker until his retirement in 2007.

Gerry married the love of his life, Dee Tucker, in 1999. They were so looking forward to being able to spending his retirement years at their home in Arizona and enjoy the true love of his life…..golf! Their plans were cut short……as was his life.

He was proceeded in death by his father Alvin, his mother Helen, and his sister Patty Stewart.

He will be cremated and laid to rest at the Tahoma National Cemetery in Kent, WA on Wednesday October 5th at 1:00 in the afternoon.

In lieu of flowers, please make a donation to the National Alzheimer’s Association. It’s truly a horrendous disease.

The family would like to send a heartfelt thank you to all of the special people that have sent their love and condolences at this difficult time. Your kind words and prayers have been such a blessing.

To send flowers to the family or plant a tree in memory of Gerry Gotch, please visit Tribute Store

Share Your Memory of
Gerry
Upload Your Memory View All Memories
Be the first to upload a memory!
Share A Memory
Send Flowers