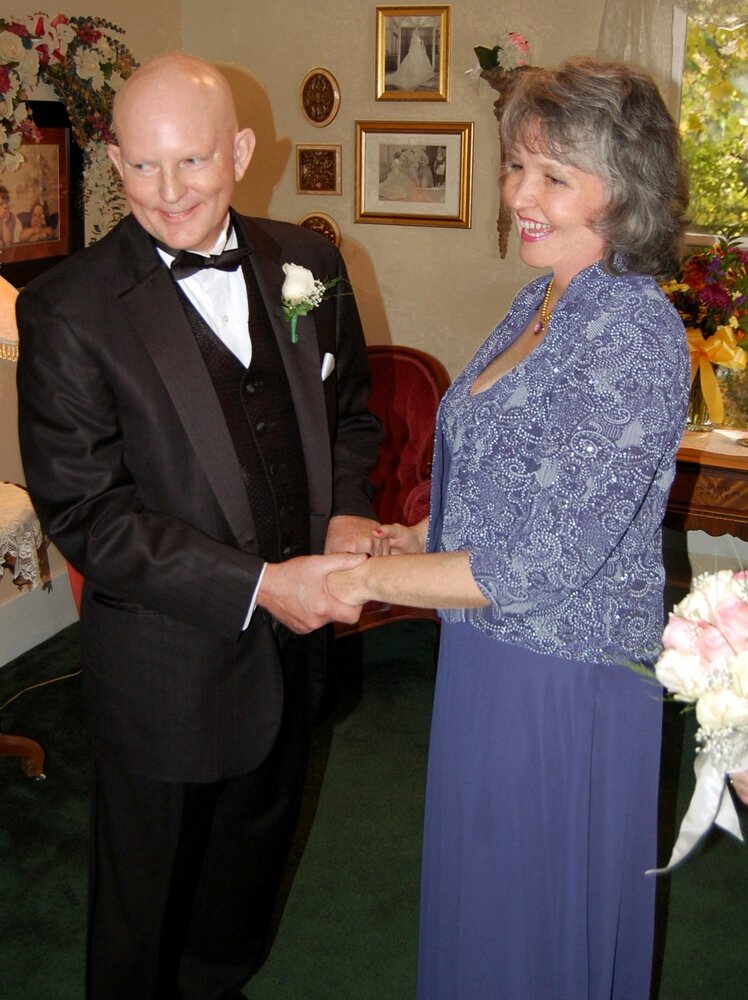 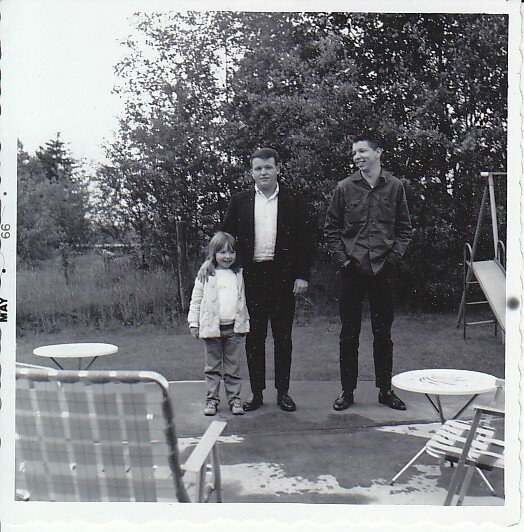 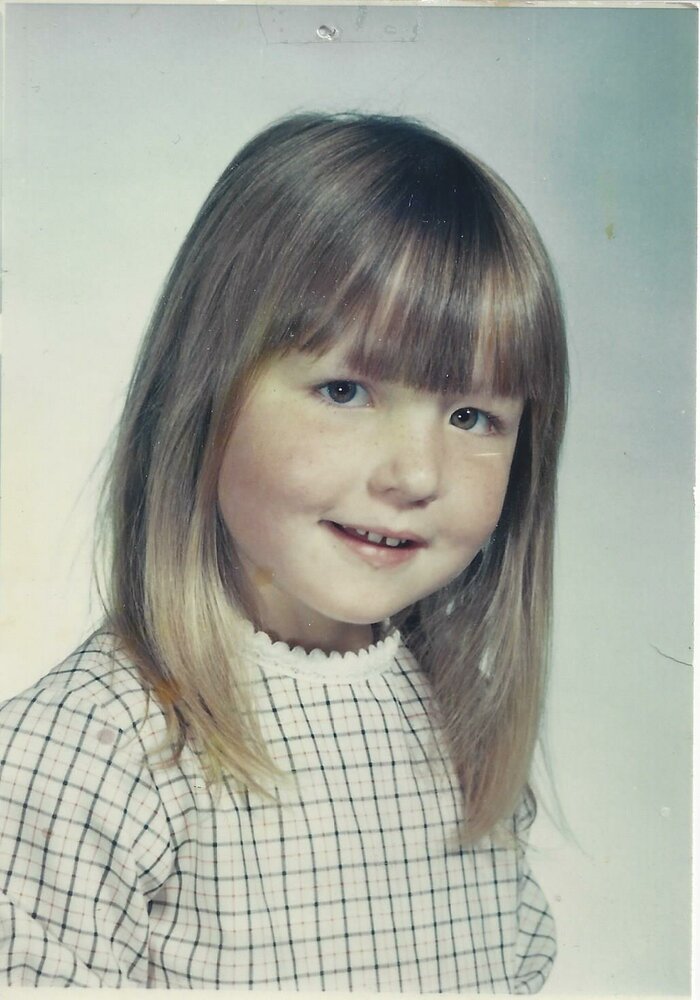 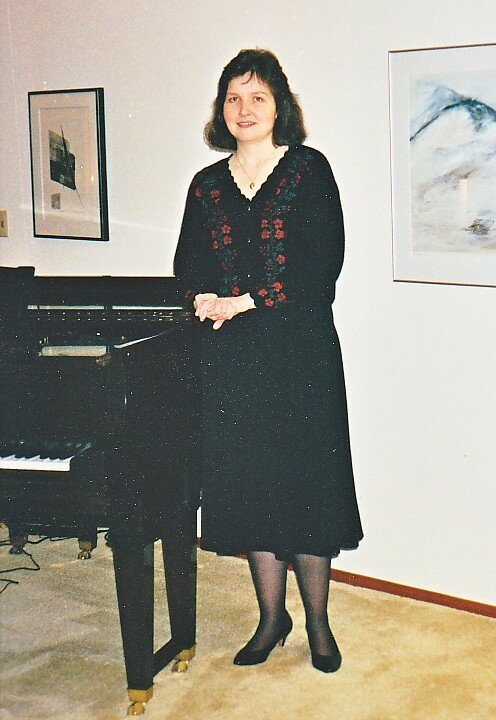 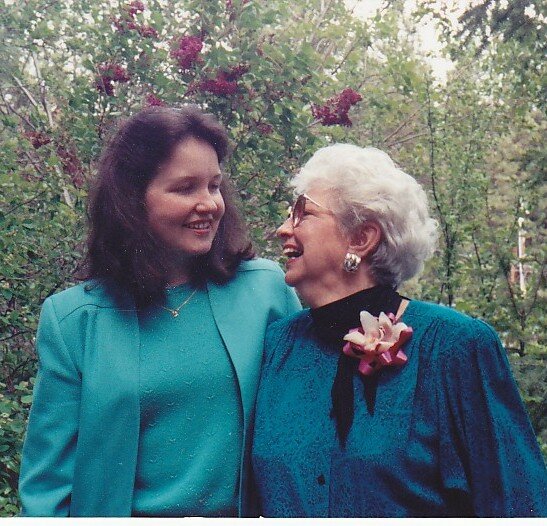 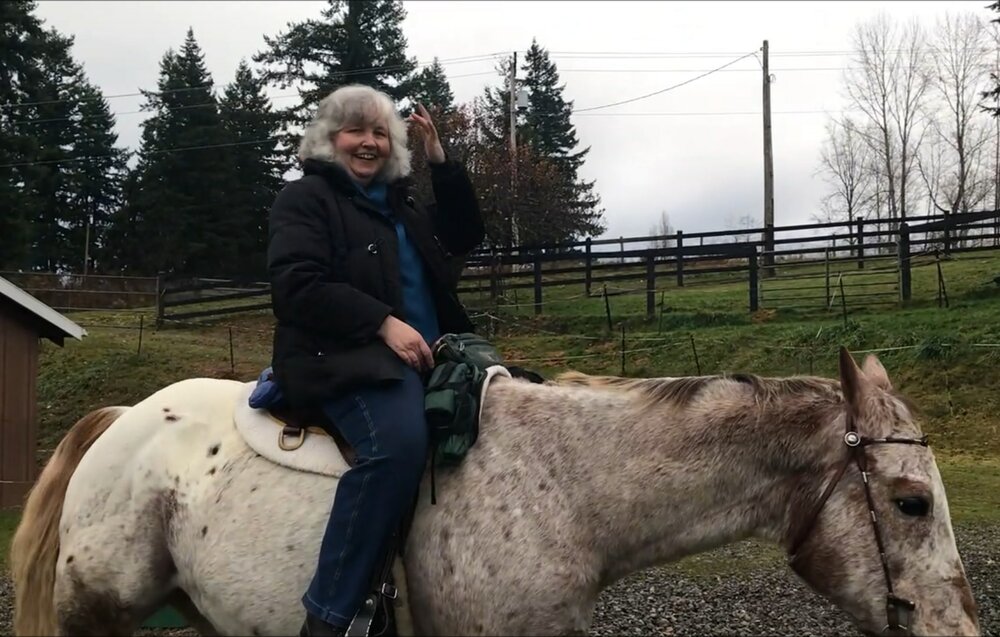 Renée Maria Lampe was born in Bothell, WA to Captain William Hartman Lampe and Edythe deWolf Lampe.  After a nearly 4-year battle against cancer, Renée passed away at the young age of 60 in Enumclaw, WA.

There were no half measures in life for Renée. When you were a friend, you were a friend for life. If you were in need, she would be there to provide whatever was needed. Whether it be the need for humor and laughter, a caregiver, a medical advocate, good honest advice, or a singer for a wedding or memorial for a loved one, you could always count on Renée. She was everyone's “go-to person”.

At the age of 11, Renée and her parents moved to Leavenworth, WA which opened new worlds for her. She fell in love with the mountains and spent hours hiking, riding horses and swimming in the ice cold rivers and lakes. Renée developed a great love and appreciation of music and art from an early age as her Mother, Edythe, shared her own love of the arts. After graduating from Leavenworth HS, Renée was offered a music scholarship to Eastern Washington University in Cheney.  It was here she was able to start to refine her love of music and vocal performance. After graduation, Renée moved to Western Washington and settled in Gig Harbor.  In addition to attending music classes at the University of Washington, she studied vocal performance with world renowned vocal teachers Mr. & Mrs. William Eddy, pursuing her dream of a career in Opera and classical vocal performance. During this time, she also taught vocal performance at Olympic College in Bremerton.

Once Renée decided on a course of action, there was no stopping her. With no architectural background, she designed a 4000 sq. ft. 3-story house on Fox Island, WA complete with a performance studio, perfect acoustics and 16-foot high ceilings. It was during the construction of her house Renée suffered the devastation of sudden onset tinnitus and hyperacusis which made it impossible for her to sing with an orchestra or be in any noisy environment. Devastated, Renée had to re-build her life. With the family name of Lampe and her trust in the Bible, she was inspired by Psalm 119:105, “Thy word is a lamp unto my feet, and a light unto my path.” and created her online business, “deWolf Fine Lighting”. At this time, Amazon was still only selling books and website design was new. Renée spent countless hours teaching herself to design a successful website that sold handmade copper and brass lanterns.

Though Renée’s studies and career kept her busy, her priority was always caring for her loved ones. From a very early age she was the ears for her deaf Mother, took care of her Father when poor eyesight prevented him from driving, researched and advocated for the medical treatment that saved her then husband's life, and was there for her friends in need. Friends always knew Renée had a room in her house where they could come and be cared for.

In 2008, Renée married Michael Gibbons in Leavenworth, WA. It was the happiest day of both their lives. After initially living in Enumclaw, Renée and Michael moved to England to care for her new Mother-in-Law, Gwen Gibbons.  Renée quickly became the much loved daughter Gwen had never had. The years in England were some of the happiest times of her life as she was able to enjoy firsthand the music and art she had studied early in life. On returning to America, Renée and Michael lived in Tumwater, WA before returning to Enumclaw and Renée's much loved Mountains. It was there in Enumclaw that Renée continued website development and started work as a Medical Blogger.

Among Renée's many gifts was the ability to do imitations of all her friends. This was best summed up by one of her life-long friends, Shauna. “Renée’s spontaneous, offbeat, hilarious, spot-on humor will always be with me. We were immediately friends when we met in first grade and she imitated the teacher. We called her, 'The girl who dared to say the thing no one else would say.' She thought up so many games and adventures, and then we’d live them out. She was a doer! She will always be in my heart, and she will always be uncensored.”

Renée had a love of animals throughout her life, and considered the dogs she loved and rescued as family members. In lieu of flowers, please consider a donation to a local no-kill shelter in Renée's name.

Renée is survived by her husband, Michael Gibbons and eldest brother, Mark Lampe. There will be a service in Enumclaw, WA, date to be announced, and a small graveside service in Leavenworth, WA on Renée's birthday April 23rd, 2022.

Renée has a tremendous life force and continues to be with us still.  We all look forward to the day when we will be reunited with Renée and Jesus Christ our savior.

Share Your Memory of
Renée
Upload Your Memory View All Memories
Be the first to upload a memory!
Share A Memory