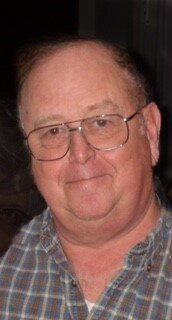 He graduated from Franklin Pierce High School in Tacoma, WA with the Class of 1957, and attended the University of Puget Sound.

A faithful member of Summit United Methodist Church, Paul led the Methodist Youth Fellowship there for ten years as a young man, and sang in the choir in the 70s and 80s. He served in the Army National Guard Reserves from 1960-1966, and retired from Nalley's Fine Foods after 38 years.

He volunteered for several years at the McChord Air Museum as a docent, and helped with restoration work in the hangar. He enjoyed volksmarching, and was a longtime member of the Over The Hill Gang.

Paul had wide-ranging interests. He loved reading, trying new restaurants, watching old movies, and listening to many different kinds of music, from big band jazz to country and western. He was especially interested in military history, and was always adding to his store of knowledge.

He is survived by his wife Marianne of 58 years, daughter Laura (David Reckamp), son Eric (Marianne), sister Marjorie Kilborn, and many other family members and friends.

Services have not been finalized.

Memorial donations to McChord Air Museum or to a local food bank would be welcomed.

Share Your Memory of
Paul
Upload Your Memory View All Memories
Be the first to upload a memory!
Share A Memory