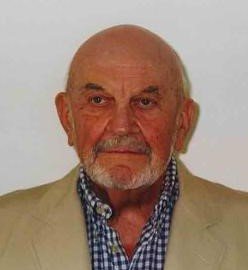 Born in Milwaukee, Wisconsin to Edwin and Anna Thein. He was bright, inquisitive and an avid reader even as a young child. His desire for learning was encouraged by the Jesuits of Marquette High School for whom he had a lifelong affection and appreciation.

He was stationed at Fort Lawton during WWII. After discharge from the military, he became a newspaperman, eventually the editor of the Trenton Times in Trenton, N.J.

In 1959, he left that job because he’d always wanted to return to Seattle. He and mom packed up five young children and drove cross-country in a Chevy wagon. This was before the Interstate Highway System was built.

No work was available at local newspapers so he became a speechwriter for Governor Al Rosellini and thus began his new career in public relations. Early clients were Alaska Airlines, Seattle University, Westours and Holland America Lines.

He and his partner Gene Ford created Ford-Thein, Inc. in Seattle, working with diverse clients on large and small projects. He managed and won many political campaigns for local and national office seekers.

He is survived by his children Barbara (Hepfer), Stephen, Matthew, Hilary and Peter.

To send flowers to the family or plant a tree in memory of Anthony Thein, please visit Tribute Store

Share Your Memory of
Anthony
Upload Your Memory View All Memories
Be the first to upload a memory!
Share A Memory
Send Flowers