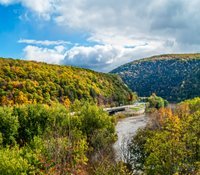 His second marriage was to his current wife, Lila Lee Rufer, her children, Jacob (Elizabeth) Rufer, Kathy Rufer, and Elizabeth (Terry) Mann and their families as his own as well.

He was a member of the Church of Jesus Christ of Latter-Day Saints and dedicated his life to his family and church.  He served faithfully in many callings and duties in the church touching countless lives with friendship, service, and support.

He moved up to Tacoma, WA as a young lad and grew up on the westside of the state in the giant fir trees.  He left school in the 8th grade to work to support his family.

Bill’s primary jobs were working in the woods (Logging/Mill) and Machinist/Welder Union where he worked until he was hurt on the job and retired.

He loved the outdoors, hunting, fishing and traveling to Alaska and throughout the continental US.

Later in life, he discovered that his biological father was Forest Nichols, of CA.

Bill peacefully passed away on Sunday, January 1st, 2023 in Puyallup, WA from cancer.

He was proceeded in death by his wife Lila (Rufer) Abraham and his son Terry Abraham.

Share Your Memory of
William
Upload Your Memory View All Memories
Be the first to upload a memory!
Share A Memory