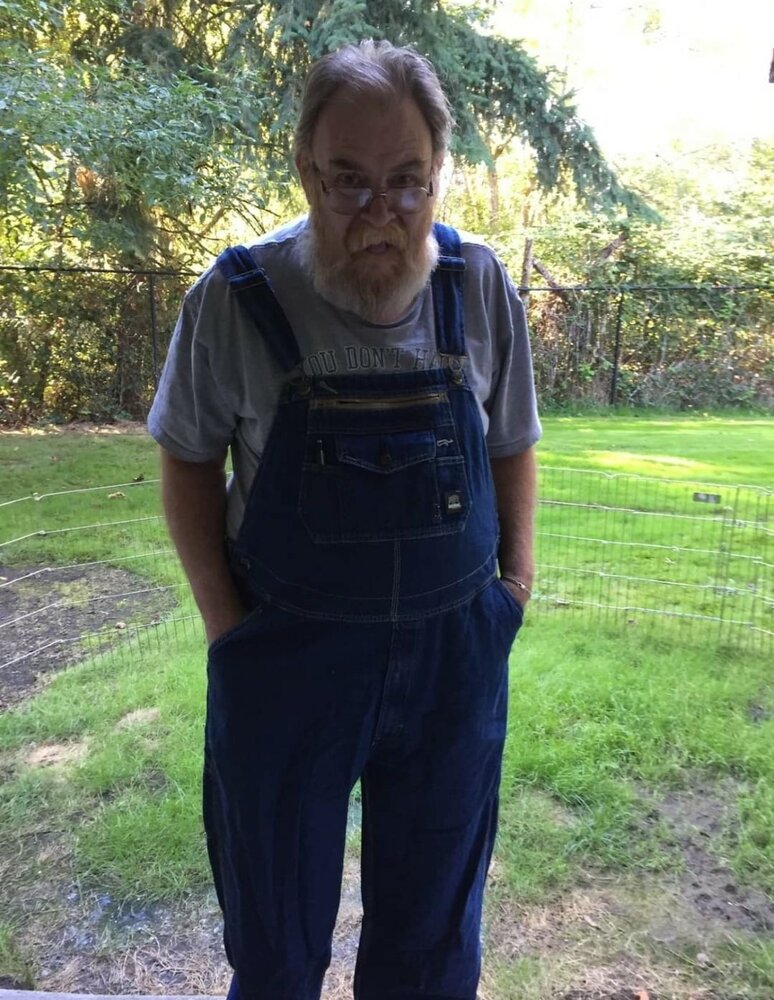 Fredrick O Wager, born to William and Aloris Wager on January 16,1947 in Omaha Nebraska, passed away November 6, 2022. Fredrick was also known as Brick, (a nickname he was given at birth due to how big he was, and his red hair.)

Brick spent most of his life as a long hall trucker after his service in the U.S Airforce as a mechanic.  Brick retired several years ago as a Sawyer (cutting steal,) and became a squirrel and hummingbird whisperer.

Brick and his wife of 13 years Teena, lived with their two dogs Wego and Taffy in Orting, Washington. Brick spent most of his days playing with his beloved pups and playing games online.

Brick lost 4 of his sons over the years: Jerry Lee, Travis, Trevor and Brad.  His sons gave him grandkids and one great grandchild.  Brad's boys Levi and Justin, Travis's son Nathan and daughter Katrina, and her son Karson.  Trevor gave him Keenan and Trevor J.R (who both got his red hair.)

Brick's brothers both passed, but left him with 1 niece, Shauna, and 3 nephews, Ryan, Josh and Justin.  His sisters Dawna and Debra gave him his nephews Cory, Gregg, and niece Christy.  His sister Michael on his mother's side also gave him one niece and one nephew.  With all of Brick's losses, the love he showed to his family and friends that became family was unbreakable.  He was known for his stories, adult humor, and playful jokes.  His love for motorcycles was a forever love even though he had to stop riding due to arthritis.

Brick's family was given the chance to say their farewells to him in the ICU at Good Samaritan Hospital in Puyallup. The caring and loving nursing staff helped his family understand and accept his peace.

Brick can now enjoy the loving company of his father, brothers and sons, but still be able to be with each and every loved one left to carry on his legacy.  We will all miss this big funny teddy bear, remembering all the joyful times we had with him, and know he is at peace.

To send flowers to the family or plant a tree in memory of Fredrick Wager, please visit Tribute Store

Share Your Memory of
Fredrick
Upload Your Memory View All Memories
Be the first to upload a memory!
Share A Memory
Send Flowers