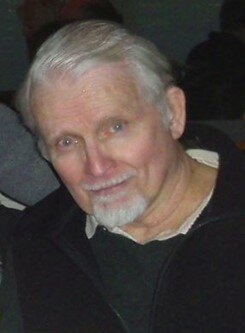 After a long and happy life, Jerry Costigan, our loving father, grandfather and great grandfather, died peacefully in his sleep on August 7, 2022. His Irish immigrant parents arrived in New York City in 1929, and shortly thereafter, Jerry was born on January 26,1930.

Growing up in New York City with his parents, his sister, Peg, and his brother, Bill, he led an active city life, playing stickball in the streets, enjoying time with family, and only occasionally getting into trouble. Continuing his love of New York, he attended Fordham University, where he received a degree in Business.

Married to his loving wife, Charlotte for 63 years, they lived in Kansas City and the San Francisco Bay area before settling in Bellevue, Washington in 1965. In addition to raising his three daughters, Jerry had a long, successful career selling the financial services of computers at the beginning of the information technology age. Jerry was an avid golfer, meeting his golf buddies regularly at a local golf course. His adventurous spirit led him to several cruises, fishing in Alaska, and most notably sky-diving at the age of 89.

Jerry had a contagious laugh and enjoyed life with his many loyal friends and family. He was a fun-loving and generous family man who had all the time in the world for his loved ones. He was active in the lives of his grandchildren and great-grandchildren with photos of them prominently displayed throughout his home. Recently, he especially appreciated watching movies and spending time with his dearest friend, Esther. His three daughters, Jane, Jeanette & Sharon; two sons-in-law, John & Farley; grandchildren, Kelly, JC, Shane, Jacqueline & Scott; grand son-in-law, Ryan; great grandchildren, Sophi & Julienne, brother Bill; sister Peg, and all who knew him will miss him greatly. A celebration of life is planned for September 17th with more information forthcoming. In lieu of flowers the family requests that you leave your memories on the guestbook here.

Share Your Memory of
Gerard
Upload Your Memory View All Memories
Be the first to upload a memory!
Share A Memory