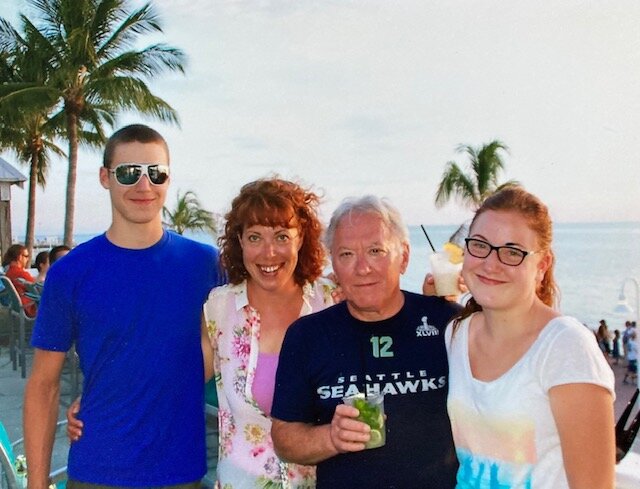 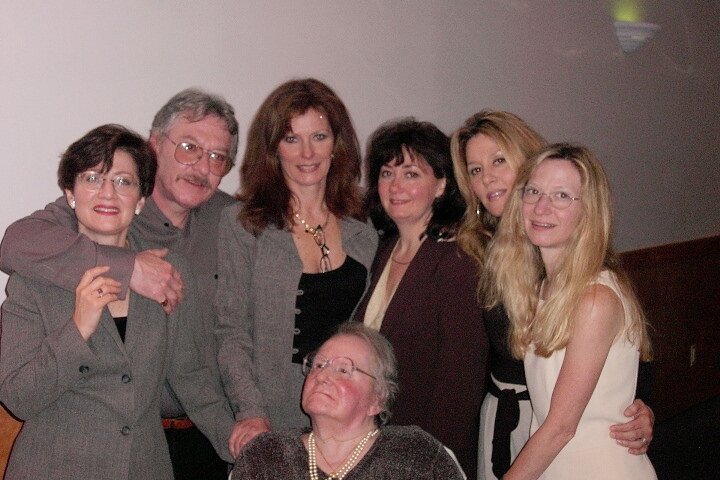 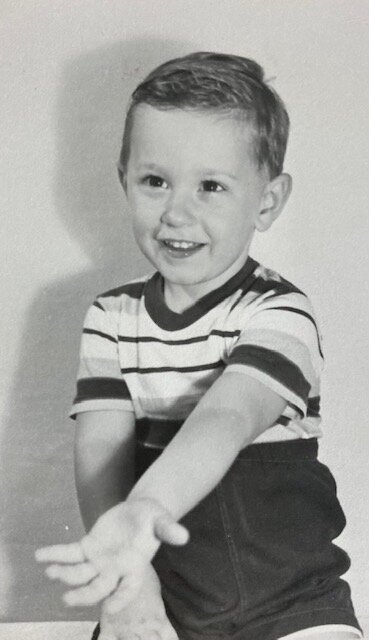 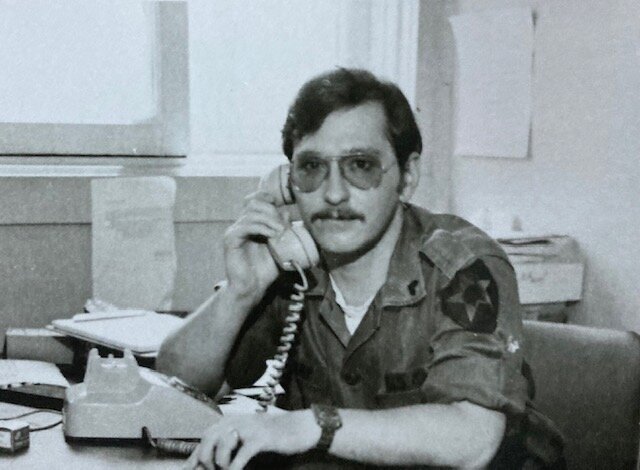 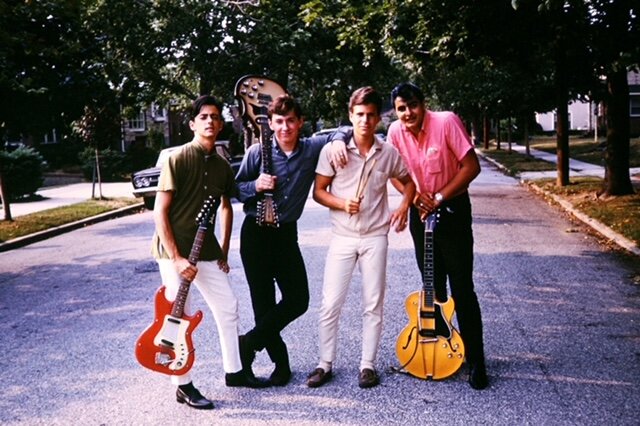 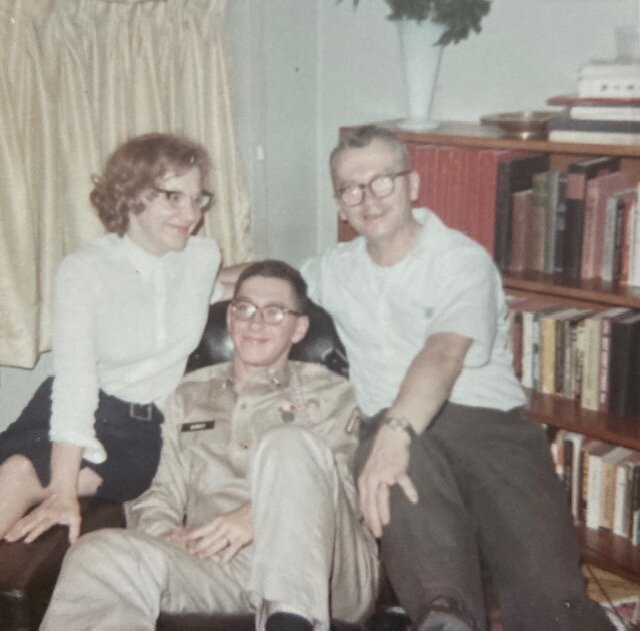 Michael Francis Gorry Jr. aka Mike, aka Rev. was born into this world 73 years ago as a King…or at least that’s how his full of life, loving parents treated him, and it was only compounded as the family expanded to include 5 sisters and a grandmother who doted on this blossoming rock star.

Debi, Seane, Rosie, Teri and Patty spent their childhoods idolizing their older brother, wait that’s “brotha”, they’re from NYC, spying on him in every way imaginable and him doing his best to thwart their efforts and the antics ensued. His sisters LOVED their brotha’. Mike spent his youth growing up in a 3-bedroom apartment and was given one of the bedrooms for himself with a phone right outside his door. The home was short on money but full of love and one of the fondest memories of his mother was staying up late to watch a weekly horror movie while baking lasagna, waiting for his dad to come home from his second job.

As a young man Mike was in a rock band that was heavily influenced by their great love of the Beatles. He was on his way to being a rock star (they had the gigs, and the girls) when the government said they needed him to help out (aka The Draft). He served 7 years in the Army as a Medic where he was known as “Chuckles,” and one of his proudest moments was helping with the startup of an Army drug rehab program. When he was honorably discharged, his buddy came out to Washington State and asked Mike to visit. That was all it took for Mike to fall in love with the area. He went on to do several different jobs most notably a country music DJ (Mike McCoy) and Emission Test Station Manager, both of which he took great pride in. It was with those jobs that he was able to inspire others to be their best selves, and when people came to visit him as the end grew near, that’s one of the things his friends spoke of most.

Mike relished his role as dad to Jason (predeceased) and stepdad to Nic and Hannah, and thoroughly enjoyed watching them grow up to be the fine outstanding adults they are. His family will tell you that he’s funny in an unexpected way. Here’s an excerpt from and email to his sisters after fixing a leaky spigot (He was so proud to finally be a homeowner after renting his whole life) “Home Owners Follies..I had no Idea what I was missing all these years. But looking on the bright side, I wouldn't want to be in this learning process with anyone other than Jerri (his wife), she's smart, good with power tools, and determined...and I think she's kinda pretty too. Not a bad combo. Hope all is well with you guys, and we hope Mr. Miguel had a fabulous 68th B'day..We love you all so very much! Your Brother, who while he found some of the Spiders under the house somewhat friendly, could not really form any long-term relationship with them.” Kind, witty, forgiving, wise beyond his years, full of love, a kid at heart and the life of the party.

When he finally retired, Mike got back to his rock-n-roll roots with Garage Band and really got a kick out of collaborating on songs with his Grammy nominated brother-in-law Miguel on the opposite coast. They had so much fun helping each other. As his final curtain call drew near, Mike was thrilled to be King once again and have his family and friends doting on him and distracting him from the inevitable with fun stories of the past. Ahh… are you still wondering why he is also called the Rev? When asked by dear friends to officiate their wedding Mike jumped at the chance, especially when they said he could perform one of his favorite songs…He’s been the Rev ever since.

When asked if he had a good life he responded yes, and very interesting too. He passed surrounded by the love of his family and in the process, reuniting relationships that life had gotten in the way of.

My take-away (if you can call it that) from knowing Mike is that family and friends are important (apparently more important than laundry, yard work, or housework…yes it’s ok to skip them and put loved ones first, who knew), don’t take them for granted and spend all the time you can with them, because one day they will be gone (he found out the hard way). As most kids do, I find my parents annoying from time to time, but Mike would say, “one day they won’t be here to annoy you anymore” and off we’d go for a fun filled visit where I would remember to appreciate them and be a better person for it, all because of Mike (little known fact…apparently, we can all be annoying from time to time)! “Relax a little”, easier said than done to me, but that’s my Mike, the yen to my yang. He enjoyed people.

No funeral to be held…I don’t care for the morbidity, and he didn’t care period, dead is dead, instead we welcomed everyone who could visit during his hospice and held a live “Celebration of Life” where friends and family came together with Mike and family to share stories, food, and love with him, in the weeks leading up to his death. Thanks to all of you who were able to assist in giving Mike the greatest sendoff ever. Please raise a glass of your favorite beverage in honor of Mike and his beautiful Irish soul "sláinte", gone but never forgotten.

To send flowers to the family or plant a tree in memory of Michael Gorry Jr., please visit Tribute Store

Share Your Memory of
Michael
Upload Your Memory View All Memories
Be the first to upload a memory!
Share A Memory
Send Flowers