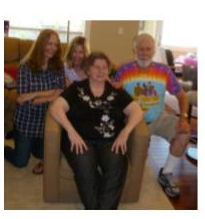 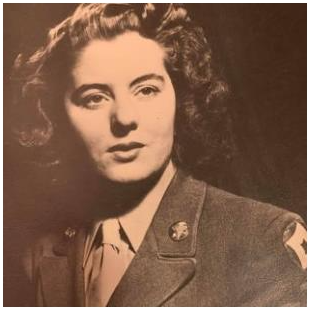 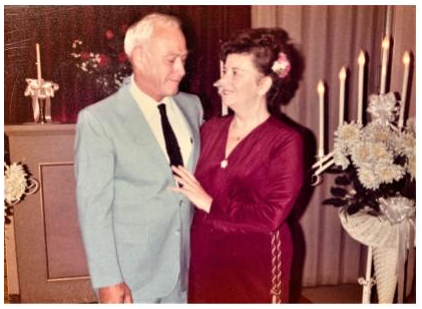 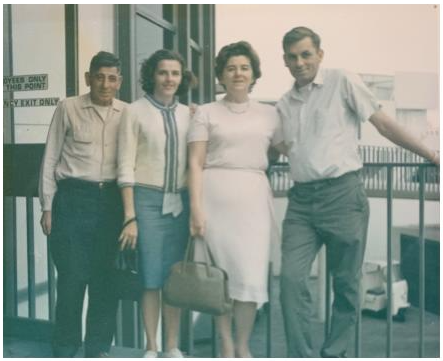 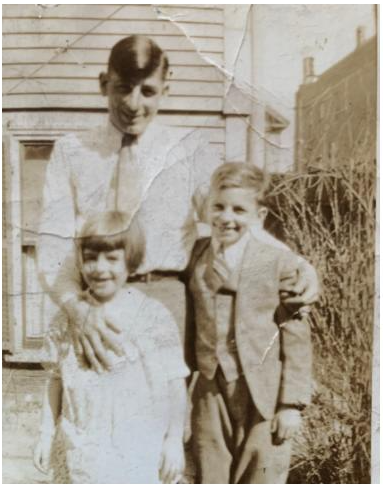 Our precious mother, Alice Maurice (nee Caruso), died Sunday April 10, 2022 surrounded in love by her children David, Gayle and Susan. Alice was born on June 8, 1924 in Boston, Massachusetts to Antonio Caruso and Alice Mooney. Despite a hardscrabble upbringing during the Great Depression, she graduated from All Girls High School then went to work at 18 as a “Millionth of an Inch Girl”, so called because of a steady hand that could grind Brazilian quartz crystals to a very precise radio transmission frequency. These crystals were then provided to French resistance fighters and Allied forces during World War II and used for communications.

In 1944, Alice joined the U.S. Army and worked as a Surgical Technician, achieving the rank of TSgt. There she met Thomas Lawrence (Larry) Farebrother, fell in love, married and welcomed their son, David, in 1946. Honorably discharged, the young family temporarily moved to British Columbia and lived with Larry’s parents for a year until a job opened at Boeing in Seattle. They bought a house in Burien and in 1949, daughter Gayle was born followed by Susan in 1953. Eventually they moved to Des Moines and lived there until their divorce in the turbulent late 1960s.

Alice worked as administrative assistant to the head Librarian of Highline Community College, then spent 25 years working for Highline Public School District, working her way up from secretary to Payroll Supervisor. While working for the school district she found love for a second time with Arthur Salisbury. Their wonderful 8-year marriage ended with Art’s untimely death in 1979.

Even while working, Alice found time to be a 4H and Boy Scout Troop Leader, contribute many years of volunteer secretary/treasurer work for the Saltwater Unitarian Universalist Church and canvass for political candidates and causes she supported. She was very proud of her Italian heritage and Sundays would find her in the kitchen cooking an Italian meal while listening to an FM radio program called “The Italian Hour”. She loved music of all kinds and introduced us to folk music, Italian opera, singers of the Great American Songbook and the rock and pop music of the era. She attended concerts with each of us including Joan Baez, Donovan, Dwight Yoakum and Elvis. She was deeply knowledgeable about many musical genres and often surprised and entertained us with the facts she knew about everyone from Jerry Garcia to Enrico Caruso.

While attending a widow’s support group, she met Kenny Maurice and found her life-lasting love. They married in 1981 and embarked on a 34-year adventure full of travel, fun times with family, trips to the casino, long walks on the many trails around Enumclaw where they lived for years, road trips and long summer visits from their grandchildren upon whom they heaped love and affection. She adored being part of the enormous Maurice clan and counted these as the best years of her life. Ken preceded her in death in 2015 and we imagine them partying on together forevermore.

Alice’s ashes will be interred with Ken’s at Tahoma National Cemetery during a quiet Columbarium-side witness ceremony at a date yet to be set.

In lieu of flowers, donations can be made to Paralyzed Veterans of America or any charity benefiting disabled American veterans.

Share Your Memory of
Alice
Upload Your Memory View All Memories
Be the first to upload a memory!
Share A Memory