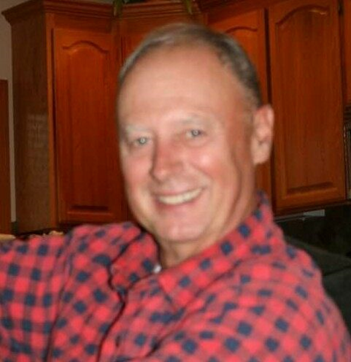 Richard L. Jackowski passed away on February 14th, 2022, at the Deer Ridge Memory Care Center in Puyallup, WA as he battled Parkinson’s.

Richard was born in Tacoma, WA on March 5th, 1944, to the parents of Sigmond and Marian Jackowski.  He was the oldest of four children as he had three younger sisters (Diane, Marianne and Connie) that looked up to him.  As a kid, Richard worked at his father’s bakery, but realized getting up at 4 AM every morning to go to the bakery wasn’t something he wanted to do every day.  He graduated from Bellarmine Prep in 1962 and married the love of his life (Jeanne Jackowski) on April 27th, 1968, and proceeded to buy their first house in Tacoma, WA.  Richard studied and interned to become a sheet metal worker (“Tinner”) and worked hard to support his family where he now had additional mouths to feed.  Richard and Jeanne had their first child on May 15th, 1969 (Kari Jackowski) and their second child soon after on Nov 2nd, 1970, (Richie Jackowski, Jr.).  With the two new additional family members Richard was looking to upgrade to a bigger house, so he purchased a few acres of land and proceeded to build his dream home while adding another son to his family on Nov. 27th, 1978 (Tim Jackowski).  Richard moved his family to their new home in Sumner, WA in 1979.  Richard loved to work outdoors and was constantly starting new landscaping “projects” all around the house building waterfalls, sheds, basketball court, etc.  Richard loved watching and playing sports where he followed all the local sports teams and enjoyed playing golf with his buddies (hosted the annual Jackowski Golf Tournament that brought all his close friends together).  He was a hard worker and logged many hours throughout his career in the sheet metal industry where he finally retired in 2005.  After retirement, and all the kids out of the house, Richard and Jeanne moved to Orting, WA where the two of them were able to spend quality time together going for walks, riding bikes, golfing and some travel.  Richard was a loving husband and wonderful father.  He always made sure that his wife, kids and grandkids were the priority in his life and sacrificed accordingly based on the needs of his family.  In addition to being a great family man Richard always enjoyed playing a good joke and his patented tic/wink when he was laughing will forever be remembered.  He used to love putting corn kernel(s) into full milk glasses of unsuspected family members during meals or switching out a hard-boiled egg for a raw egg during Easter.  Richard will be missed, but never forgotten as his memories will live on forever.  A famous quote from Jackie Robinson reads, “A life is not important except in the impact it has on other lives.”  Richard impacted the lives of all the people that he met and will be missed but not forgotten.

Share Your Memory of
Richard
Upload Your Memory View All Memories
Be the first to upload a memory!
Share A Memory