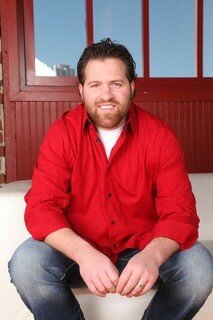 On Friday December 31, 2021, Robert “Robby” William Kaufman, loving husband, and father of two young boys, passed away at the young age of 40.

Robby was born to Robert and Donna Kaufman on December 6, 1981, in Columbus, Ohio. He was the oldest of 3 siblings to his brothers Christopher and Brandyn. He went to __ College in Milwaukee, Wisconsin at the Milwaukee School of Engineering.  He received his Bachelor of Science in Business while playing hockey. He was team captain his junior and senior year. Robby worked in all different avenues over the years until he found his career at home operating his family’s ice rink.

Robby has been married to his high school sweetheart and love of his life, Tara, since June of 2005. They have spent 24 total years together as a couple. Together they have two sons, Logyn (14) and Ryder (11).

To say that Robby has a fondness for sports is an understatement. While he enjoyed all sports throughout his life, nothing compared to his deep love of hockey. He started playing as a young boy, transitioning into college, then men’s league and never stopped. He took his love for the sport a step further and began coaching. Once his sons were old enough he coached their teams too.  Over the years, Robby has coached many teams and began volunteering his time and knowledge by being involved at the state association level. He has held the title of West Side Vice President for Pacific Northwest Amateur Hockey Association (PNAHA) for 5 years. He will forever be missed and in all the hearts of the kids he coached in Hockey and Lacrosse. Although he never played lacrosse, he boys love it and he learned everything he could about it to help them.

Robby has had a profound impact on so many lives throughout the years. His willingness to help in any capacity will be greatly missed. Robby’s legacy will live on through his wife- Tara; his sons- Logyn and Ryder; his parents-Rob and Donna; his brothers- Chris and Brandyn & Haley and his nephews and nieces- Jonah and Eli Gilbert and Campbell, Kenley, and Collins Kaufman.

A celebration of life will be held on January 28, 2022, from 2-5pm at the Pavilion in the Hotel Murano, Tacoma. In lieu of flowers the family has asked that you help support his love of hockey by donating to Tacoma Jr Hockey Association in name of his kids Logyn and Ryder.