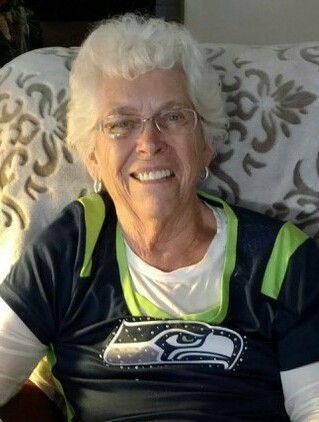 Irene was born in Valley City, North Dakota on May 26, 1931.  Her family moved to Carrington, North Dakota when she was 2 years old.  After graduating from high school, Irene attended Presentation College in Aberdeen, South Dakota where she earned her degree as a Registered Nurse. She married her high school sweetheart Gene Herman on Thanksgiving Day, 1952.  In 1953, they moved to Renton, Washington where they raised their family.  During those years she worked at Renton Hospital and Valley Medical Center in the Emergency Room.

Irene and Gene hosted annual family vacations at Ocean Shores, Washington and Sunriver, Oregon with their children and grandchildren.  After retirement they enjoyed golf, traveling to Europe and Asia and living the “snowbird” lifestyle with homes in Maple Valley, Washington and Chandler, Arizona.

In lieu of flowers the family requests memorials be made to the Alzheimer’s Association in Irene’s honor.

To send flowers to the family or plant a tree in memory of Irene Herman, please visit Tribute Store

Share Your Memory of
Irene
Upload Your Memory View All Memories
Be the first to upload a memory!
Share A Memory
Send Flowers