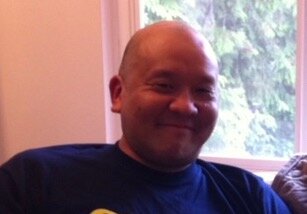 Robert passed away peacefully and unexpectedly on Monday, September 6, 2021, surrounded by family. He was 54 years old.

Robert was preceded in death by his parents, Nobi and Kimi Ishii. He is survived by his sisters Karen Ishii, Linda Ishii, Nancy Martos (James), Marji Mar (Murray), niece Marissa Mar and nephew Marques Mar. He is also survived by many extended family members, including his Auntie Michi Hirata, and many cousins.

Robert made friends easily, and considered many people throughout his life as close friends, especially his frat brothers from WSU - Phi Kappa Alpha Fraternity, his friends from the Seattle Dojo, members of the Japanese Baptist Church Boy Scout Troup #53, and the wonderful people in his neighborhood. Rob was born and raised in Seattle, WA. He graduated from Renton High School and went on to graduate from Washington State University.

He was a fun and loving uncle. He was a strong body builder, and was our “protector”. He had a great sense of humor and his quick wit and jokes could lighten up anyone’s day. He had a good listening ear, and was always there to lend a helping hand whenever anyone needed him.

He will be deeply missed.

Private services will be held at a later date.