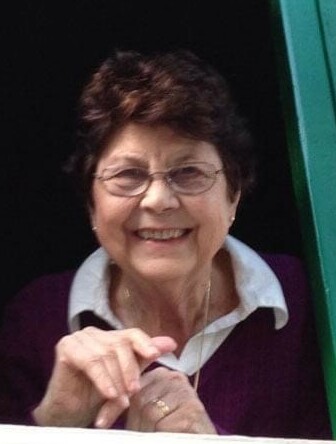 Imma was born in Naples, Italy in 1935, the youngest in a remarkable and loving family. At the age of 23, she met and married Donald Keith in Naples, joining him in a new life in the United States. Together they raised three sons. Donald’s Navy career brought them to Virginia, Mississippi, Washington State, California, Guam and Hawaii, before retiring to Bremerton, WA.

Proud of her Italian heritage, Imma was a beloved teacher of the Italian language. She played tennis, bridge, crafted needlepoint and beautiful ceramics. Leaving Italy with an 8th grade education, she later went on to graduate from the University of Southern Mississippi with a degree in Business Administration, an achievement she was rightfully proud of. It seemed there was little she could not do when she was determined to do it.

She was known for a happy disposition and made friends easily wherever she went. She is survived by her three sons, two grandchildren, many nieces and nephews in the United States and Italy, and will be missed by countless friends all over the world.

A service will be held at the Tahoma National Cemetery on September, 14, 2021 at 10:15 a.m., where she will be laid to rest with her husband, Captain Donald Keith, USN. There will be no reception. In lieu of flowers, donations may be made to the Alzheimer's Foundation.

Share Your Memory of
Imma
Upload Your Memory View All Memories
Be the first to upload a memory!
Share A Memory