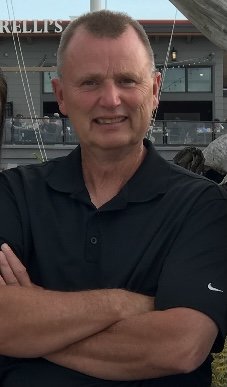 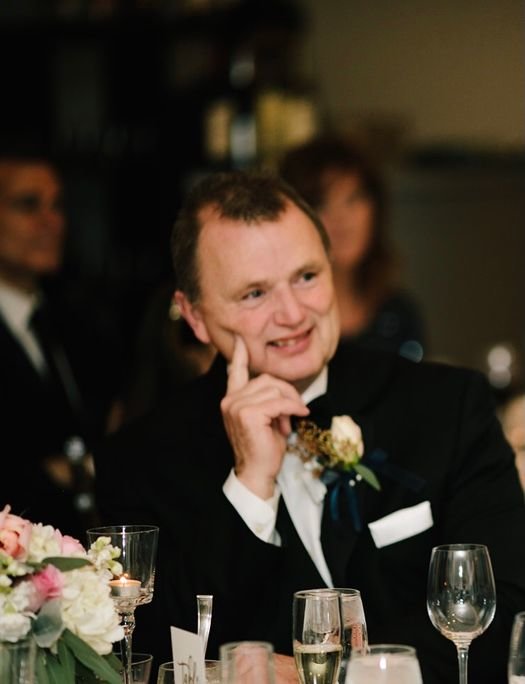 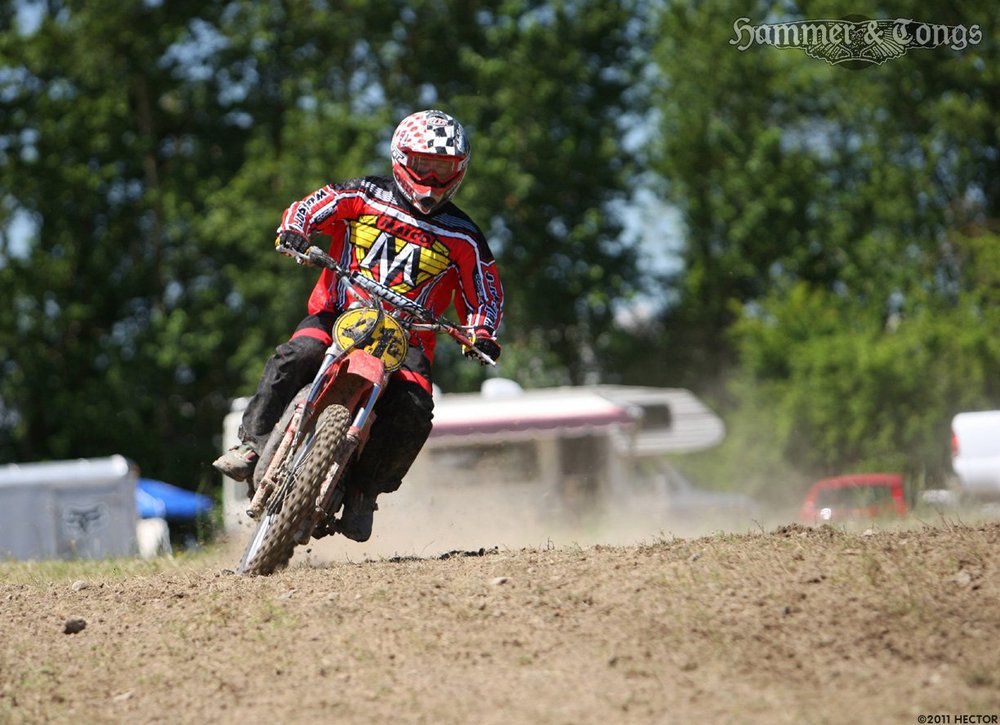 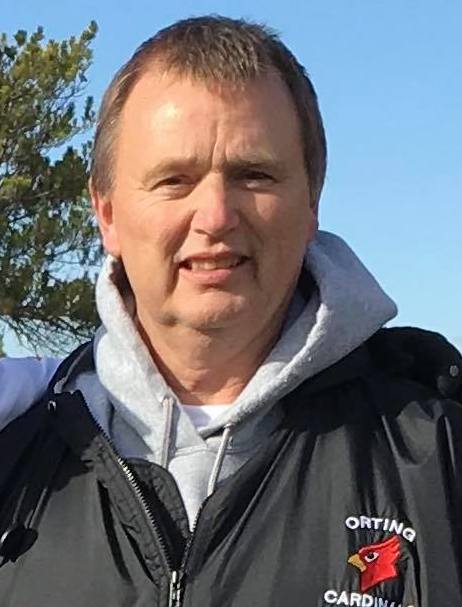 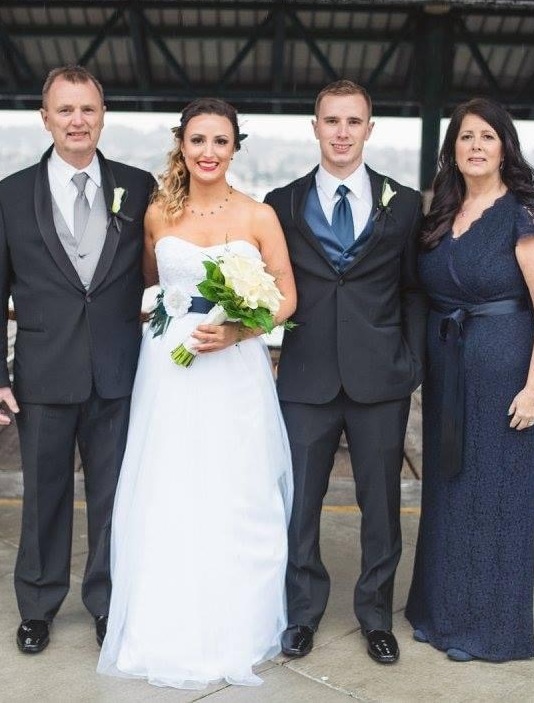 Gary Michael Osborne October 30th 1957-July 8th 2021 Gary Michael Osborne passed away at the age of 63 surrounded by family on July 8th , 2021. Gary had struggled with various heart conditions and complications for the past 7 years, but ultimately passed due to a hemorrhagic stroke.

Gary was born October 30th ,1957, to James and Beverly. He grew up with so many loving memories of his childhood. He spent his younger years causing chaos with his sister, Gail and cousins Patty and Nancy. Gary treasured the many holiday adventures, road trips, and camping with his family. He would reminisce of his fishing trips with his father around the Puget Sound and festive parties put on by his mother. He credits his parents for helping him develop his interest and eye for photography and creativity. Gary attended University Place Schools, and it was here that he found that “everyone you meet is a friend for life.” He was still close with so many of his childhood, school, and career/work friends and many whom he called his brothers. He had a successful track career at Curtis High School as a sprinter where he was respected for his speed at the state level. Gary remained an active athlete into his late 50’s. He had a love for running, cycling, weekly pick-up basketball at All Saints Church, being pitcher of his softball team for over a decade, and of course, motorcycle racing.

Gary remembered getting his first mini-bike when he was young and his need for speed began. He started racing motorcycles in high school and just kept going. He was so proud of his “old guys” status in racing. He continued to fight for the “hole shot” and the win in every race, regularly beating competitors half his age. His vintage motocross family was a very important part of his life, even up until his passing. We are grateful for the love and care they gave him throughout the years.

Gary attended Washington State University (Go Cougs!). He worked for Atlas Foundry and Parker Paint to finance college. Gary thrived at WSU and took every opportunity to develop his talents to edit, direct, and produce top quality video productions. He graduated from WSU in 1983 with a Bachelor's Degree in Communication with an emphasis in Broadcast Journalism. Gary went on to work as a news producer, director, and talent/ station promoter in the Tri-Cities, Spokane, and in Chico, California. He also worked at Boeing for 5 years while he was a freelancer in the Seattle media market. During this time, Gary became a Special Olympics coach for basketball, as well as track and field. It was while working with these athletes that he knew his true calling was teaching and coaching.

Gary earned his Master’s Degree in Education from Pacific Lutheran University, in 1995. Gary’s first teaching job was in a special education classroom for students with multipledisabilities. He was in his element using his creativity with technology to help non-verbal students learn skills to communicate their needs. Gary still remains close to these students and their families today. When Emerald Ridge High School opened in 2000 – Gary was hired to develop and lead their Video Production Program. He was proud of his status as a “founding father” of ERHS. Gary was respected for working tirelessly to make sure ALL students had an opportunity to learn and belong. He was passionate about his Video Production program and strived to cultivate his classroom to ensure every student felt included and valued. Gary was also a loved Advisory teacher. His love for each of his students was immeasurable and he treasured the 3 year cycle these students spent together with him. If you were in Mr.Osborne’s advisory-you were family and he was your Oz Father!

Gary was a legendary coach who taught many athletes at all levels: youth recreation, Special Olympics, junior high school, senior high school, and Junior Olympics. His passion was for track/field and cross country. He believed that every athlete possessed amazing potential. His workouts were designed with care, ensuring each athlete grew and thrived and each team was “family” and bonded in fun and special ways. Gary’s work ethic, humor, and loving spirit was contagious and all his athletes matured not only physically but in developing deeper their grit, tenacity, and caring for others. We are fiercely proud of his dedication to his coaching and athletes.

Gary met Karrie (Burns) on February 3rd , 1979, on a blind date. It was love at first sight and Gary stole her heart! They attended college together and had many fun adventures before marrying on June 15th , 1985. Karrie and Gary shared the same passion and the true joy of working with children. They were able to teach and coach together as a team for many years. The births of their two children made their life complete. Gary was the true definition of husband and father, and enjoyed many wonderful years building a life in Puyallup with family and friends, filled with sports, hiking, camping, and traveling. His children, Heidi and her husband, Nate, and Kyler and his wife, Katey, meant the world to him and Gary was blessed with their love and care as he dealt with his challenging medical needs. Life came full circle for Gary when he became a grandfather for the first time to Alex Michael a few months ago. His family is grateful for every moment they spent with Gary and lovingly let him go when God called him home.

Please join us for a celebration of Gary’s life: When: Sunday, July 18th, 2021, at 2:00pm Where: Emerald Ridge High School Auditorium, 12405 184th St E. Puyallup, WA, 98374 The service will be followed by a dessert reception. This is a public school location and facemasks are still required to be worn.

See memories from Gary’s friends and families on his Facebook @ Gary Ozborne Gary’s obituary and additional pictures with a digital guest book is also at www.curnowfuneralhome.com

Share Your Memory of
Gary
Upload Your Memory View All Memories
Be the first to upload a memory!
Share A Memory