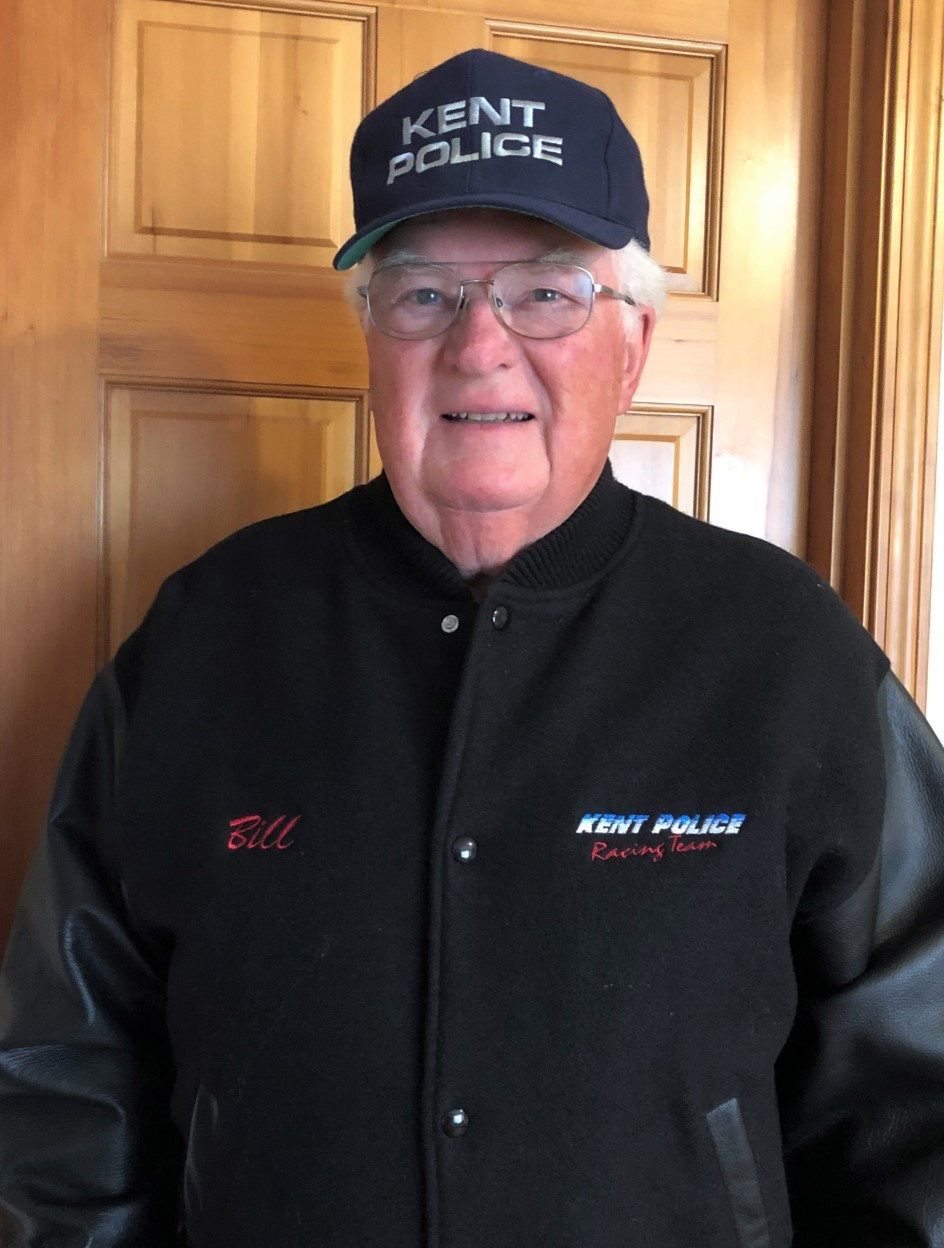 William “Bill” Mitchell, was born March 14, 1945 in Brisbane, Australia to U.S. Navy serviceman Richard “Dick” Mitchell and Joyce “Jackie” Plowman. Bill passed away on June 25, 2021. At 14 months of age, Bill traveled to the U.S. on a Naval ship carrying war brides and their children and was reunited with his father, whom he had not seen since he was 2-weeks old. He spent his childhood in Kent, primarily in a home on Lake Meridian, and attended Kent schools, graduating from Kent Meridian High School in 1963. Bill joined the U.S. Air Force after graduation and served 4 years where he worked on aircraft engines. After his time in the Air Force, he attended Shoreline Community College where he saw a job posting for King County Sheriff’s Office. He served as a sheriff’s deputy and detective for 9 years before joining the City of Kent Police Department in 1981 as a patrol officer. While with the department, Bill went on through the ranks of field training officer, patrol sergeant, detective lieutenant and as the commander of the South King County Narcotics Task Force. He retired in February 1998 with a combined 25 years of service. After retirement he enjoyed working at Corvettes of Auburn. Bill learned to work on cars early on with his dad and cars were always a big part of his life.

In 1970 Bill met Becky on a blind date and they were married in March of 1971. They resided in Auburn, where their first daughter, Jennifer, was born in 1975. In 1977 their second daughter, Amy, was born while they lived in Kirkland. The family moved to Kent in 1978 where they lived for the next 40 years. Bill and Becky moved to Orting in 2018.

Bill’s hobbies included cars, spending time in the yard and just being with his family and friends. His greatest love was his family. As a husband, father and grandfather, his family was the most important thing to him. Bill always put others first. He was always ready to listen, always positive and patient and never angered. Bill was the best dad and grandfather. He never hesitated to get on the floor and play. He would run in the sprinkler, get in the pool, and let his daughters put barrettes in his hair. He entertained with his made-up songs and crazy sayings. Bill played hide-and-go-seek and foosball with his grandchildren and rarely missed a sporting event or dance recital. He built the best play house for his daughters and years later a similar one for his grandson. Throughout all stages of life, Bill continued to be there for his family in every way.

He was dearly loved by his family. Even though he was the only son-in-law, he was always referred to as the “favorite.” Bill is survived by his wife Becky; daughter Jennifer Meyer and son-in-law Jason, grandchildren Tyson and Molly; daughter Amy Link and son-in-law Mike, grandchildren Whitney and Carter; Brother John Mitchell; brother-in-law Bob Turk and several nieces and nephews. He is preceded in death by parents Dick and Jackie Mitchell; mother-in-law Violette Tyree; father-in-law Curtis Turk; sister-in-law Patricia Turk; and sister-in-law Carla Crawford.

In lieu of flowers, donations to one of the following organizations would be appreciated:

Tunnel to Towers Foundation (See link on the upper left side) – established in honor of fallen firefighter Stephen Siller who laid down his life to save others on September 11, 2001. Donations assist families of police officers, fire fighters and EMS personnel impacted in the line of duty.

Diego Moreno Scholarship (see link on the upper left side) – established in honor of Kent Police Officer Diego Moreno who died in the line of duty on July 22, 2018. Donations provide scholarships for Kent students pursuing a career in civil service.

Share Your Memory of
William
Upload Your Memory View All Memories
Be the first to upload a memory!
Share A Memory