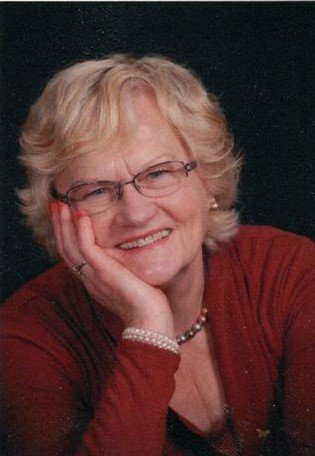 Sandra Lee (Otto) Jerke of Tacoma, Washington, passed away on Saturday, May 29, at Good Samaritan Hospital after suffering a massive brain aneurysm. In typical Sandra spirit, she was an organ donor, and by Monday three families were celebrating the gift of organ transplants and extensions of life.

As Sandra was moved from her hospital room to the operating room on Monday morning, the Hallelujah Chorus from Handel’s Messiah played in the background while the wonderful staff at Good Samaritan lined the hallways for their ceremonial Honor Walk for organ donors. It was a beautiful way to honor and celebrate her life and the lives she has and will continue to touch!

It was Sandra’s passion and joy to be a part of her community! She absolutely loved sharing time with her family, friends, Trinity Lutheran Church, Pacific Lutheran University, Rotary Club, Rotary International, Peace Community Center, and her many financial advisory clients who became her extended family and friends.

“Sandy” was born to Herbert and Frieda Otto in Waverly, Iowa, on August 26, 1941. An Iowa farm girl she was! The sixth of six daughters along with one younger brother, Sandy preferred to be in the fields with the men rather than work in the kitchen with the women. By age 10, she was the go-to tractor driver when her father and uncles baled hay -- because “she could drive straight and keep the throttle steady.” Sandy was very active in her youth with sports, church, dances, and music in rural Northeast Iowa. But music and singing were Sandy’s real passion! Church choirs, school choirs, musical performances, solos, duets, and trios with her sisters were her joy.

Her talent with music led her to Concordia College in St. Paul, Minnesota (‘61). It was there, in Concordia’s acclaimed choir, that she met her soulmate, Donald Jerke. Sandy then completed her Bachelor of Arts degree from Concordia Teachers College, River Forest, Illinois, in 1963.  Sandy and Don were married in 1964, and she began her teaching career at a Lutheran school while Don attended Concordia Seminary in St. Louis, Missouri. They welcomed their first child, Kristine, just months before taking Don’s first Call to become the Lutheran campus pastor at the University of Oregon and Associate Pastor at Grace Lutheran Church. While in Eugene, Sandy and Don welcomed their second child, David. Sandy stayed very busy raising two children, being the music director at Grace Lutheran Church, and completing her Master of Science degree from the University of Oregon.

In 1975, Sandy and her family moved to Tacoma, Washington, where Don became the Head Campus Minister at Pacific Lutheran University (PLU) and soon thereafter Vice President of Student Life. Sandy was the full-time supportive wife and mother during these years. Jonathan joined the family in 1978, and she continued her involvement in music and education. Of note, following Sandy and Don’s trip to China in 1976, she gave presentations and classes on China and international studies.

In 1981, Sandy’s life was dramatically altered with Don’s sudden death at age 39. Sandy found herself a single mother of a 14, 13, and 3-year old at an age and time when single mothers were not the norm. Sandy’s Iowa roots and German heritage that relied on hard work and determination kicked in, driving her to quickly earn her administrator’s credentials from PLU in an effort to provide for her family.  With no local educational employment opportunities available and her unwillingness to further uproot her young family, this farm girl turned into a female pioneer as she embarked upon a career in the male-dominated world of personal finance and financial services. Transforming her character and personality from “Sandy” to “Sandra” through the years, she spent the last 36 years of her life utilizing her spirit as an educator to help innumerable families by providing counsel and financial guidance to navigate the complicated and often confusing world of personal finance, retirement planning, and actual retirement.

Faith and family were top priorities for Sandra. Throughout her life, she leaned on the Lord for guidance and strength, walking daily in the knowledge of her salvation in Christ. Sandra’s pride and joy were her children and grandchildren. She was a ferocious “Mother Bear”, supporter and cheerleader of their many and varied activities including sports, music, scouts, and academics. Additionally, she loved and valued her close relationships with her sisters and extended family which she maintained by phone and travels.

Sandra was so energetic that everyone expected her to live to 100. She stayed active and engaged in her community, the world, and with her family to the very end. At the time of her passing at age 79, she was still a purpose-filled member of the Church Council and various committees at Trinity Lutheran. She also thoroughly enjoyed participating in the South Tacoma Rotary Club, where she served a term as president, made multiple trips with Rotary International to Ethiopia in support of eradicating polio, and traveled to Mexico where she regularly visited and supported an orphanage outside of Mazatlan. Throughout the years, she supported many local mission-oriented, non-profit organizations such as Northwest Furniture Bank, Family Renewal Shelter, and Nourish Pierce County. Sandra was recently accepted to be on the board of the Peace Community Center, an organization she supported for many years, where she was excited to participate in the further development of justice and opportunities for youth in downtown Tacoma. Her support for education was evident in her service on the board of Trinity Lutheran College in Everett, Washington, as well as her four-decade support of PLU.

Sandra loved to travel and experience the world including attending the Olympic games in Canada and Australia, watching tennis at Wimbledon in London, venturing on a safari in Uganda, traveling all around Europe and the USA, and being inspired by a visit to Jerusalem and the Holy Land. Additionally, Sandra enjoyed capturing the beauty of God’s creation through photography.

Friends and family shared of Sandra: “Sandy was an inspiration for so many people, living her life with great optimism and zest. She modeled how to age with purpose and enthusiasm.”  “She had a gritty, seasoned character of one who suffered and was willing to suffer again for a friend.”  “She was the fun one who helped everybody out.” “She was a fiery person who had strong beliefs.”

A memorial service will be conducted on Saturday, June 12, 2021, at 2:00 PM at Trinity Lutheran Church in Parkland, Washington. Funeral arrangements provided by Curnow Funeral Home of Sumner, Washington.

Memorial gifts may be directed to:

To send flowers to the family or plant a tree in memory of Sandra (Otto) Jerke, please visit Tribute Store

Share Your Memory of
Sandra
Upload Your Memory View All Memories
Be the first to upload a memory!
Share A Memory
Send Flowers