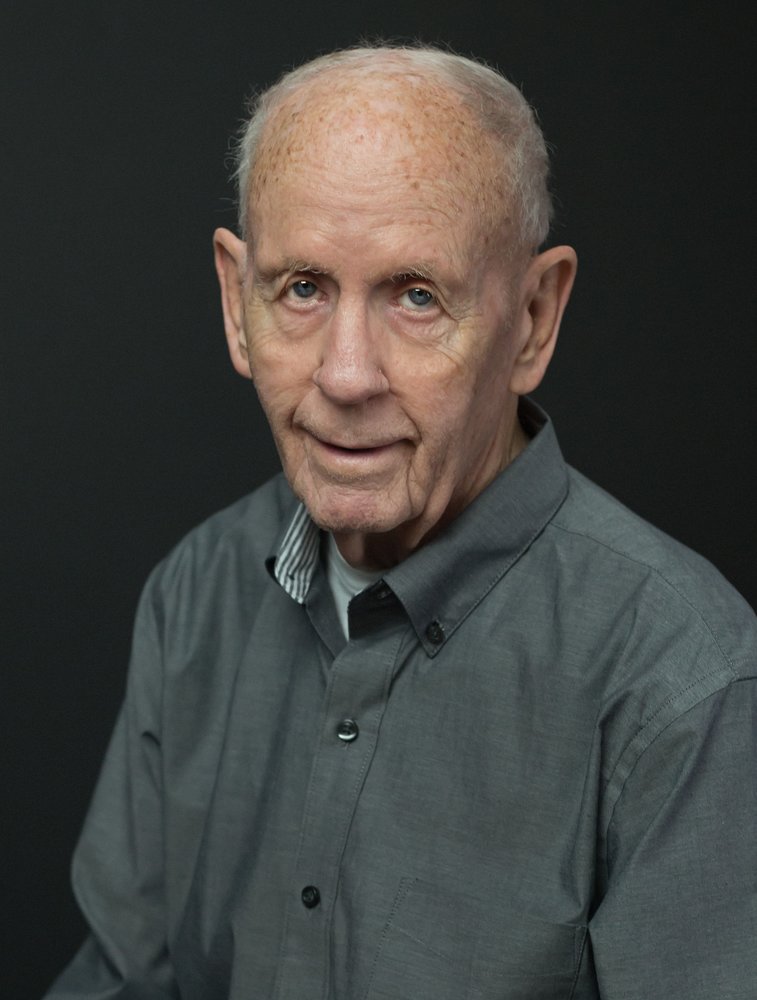 Garry Lee Goodman passed peacefully on April 28, 2021 due to complications from Alzheimer’s Disease. His loving wife of 53 years, Gretta Jo Goodman, was with him at the Memory Haven facility in Sumner, WA.

Garry was born in Wilbur, WA on July 20, 1941. He would have celebrated his 80th birthday in July. He is survived by his wife Gretta Goodman, daughter Gerri Nelson and husband Doug, daughter Gianna Goodman, son Greg Goodman and his wife Robin, granddaughter Sophia Goodman, granddaughter Lila Nelson and grandson Andrew Goodman. He is also survived by his brother Terry Goodman and family and a host of treasured nieces, nephews, grandnieces, and grandnephews.

He is preceded in death by his parents Lloyd and Lila Goodman, his sister Lorraine Shafer and his brothers Raymond and Russell Goodman.

Garry attended Eastern Washington College in Cheney, WA where he participated in the ROTC program. He graduated with a BA in Business Management. He went on to serve for two years in the Army as a First Lieutenant. He transitioned to the Army Reserves for two years and then served in the Montana National Guard for another four years.

He met Gretta Jo Finch in December 1966 and they married December 16, 1967 in Spokane, WA. They moved to Billings, MT where all three children were born. They moved to Anchorage, AK in 1978 where they lived for a year and then Garry’s job moved them to Federal Way, WA where they would stay for 36 years. They downsized and moved to Sumner, WA in 2016.

Garry started out as a repo man for General Motors Acceptance Corporation (GMAC) and was promoted consistently into various management roles. He retired as a manager in dealer financing after 26 ½ years. He was not fully ready for retirement so went to work at Seafirst / Bank of America in their dealer financing department for 11 years. Following his retirement from the bank, he worked at the ADESA Auto Auction in Auburn, WA for 5 years.

He was a man of few words, but when he did speak, it was usually to crack a joke and make everyone laugh with his subtle wit. He loved being outdoors, hunting, fishing, camping, watching his children and grandkids participate in soccer, baseball, and football. He was an energetic fan, cheering them on and mimicking play from the sidelines. He was not allowed to stand by Gretta after he kicked her in the calves “helping” the team to victory. He kept active by keeping his lawn green, the bushes trimmed, the weeds pulled, and Gretta’s rose bushes watered.

He enjoyed driving and took the family on countless road trips to national parks and to see family in Eastern WA and Idaho. He and Gretta would take Sunday drives regularly just to get out and see some different scenery. After retirement, they went on adventures - zip lining in Idaho, a cruise to Alaska, and watching the mass ascension of Hot Air Balloons in New Mexico. There were also multiple trips to visit family and long-time friends in New Mexico, Arizona, and Colorado. He also relished yearly trips to Tampa, FL to take in the scenery there with Gianna and visit Walt Disney World. One of his favorites outings was the Air Boat ride in the Central Everglades where he got to ride up with the captain.

He watched college basketball in the spring and college football in the fall. He was both a UW Husky fan and WSU COUG fan reflecting a house divided along these lines. For many years Garry and Gretta had season tickets at Husky Stadium and would ride the bus to UW where they would meet up with Greg and family to watch football. He was an NFL football fan and watched the games Sunday and Monday for many years. He was not afraid to share his disagreement with the referees when watching these games.

He enjoyed barbequing, even grilling during Montana winters in three feet of snow. He loved cashews, chocolate covered raisins, and black jellybeans as well as Peanut M&M’s. For his birthday every year, he looked forward to a homemade triple-layer chocolate cake with “from scratch” chocolate frosting topped with DQ vanilla ice cream. He was a Coors beer fan and appreciated ‘silver bullets’ (Coors Light) on a hot day. He would also enjoy a whisky and Diet Coke on occasion. He was a CHEVY man but begrudgingly accepted when Gerri married into a Ford family. He loved a good game of poker or pinochle with his mom and brothers. There was much love, laughter, and stories around the card table.

He loved to sweet talk animals. It likely started early in life with his pet chicken. His boy Buddy, as well as his grand pups Coconut, Beau, and Daisy, gravitated to him for rubs and kind words. He spoiled his grand kittens as well.

Garry and Gretta Goodman spent 53 years together, providing a loving and supportive family for their children, daughter-in-law, son-in-law and grandchildren. Garry absolutely loved being a husband, "Dad" and "Papa" and excelled at these roles!

There will be a family viewing:

The celebration of Garry’s life will be:

In lieu of flowers, please consider donating to the Alzheimer’s Organization: www. act.alz.org

To send flowers to the family or plant a tree in memory of Garry Goodman, please visit Tribute Store

Share Your Memory of
Garry
Upload Your Memory View All Memories
Be the first to upload a memory!
Share A Memory
Send Flowers