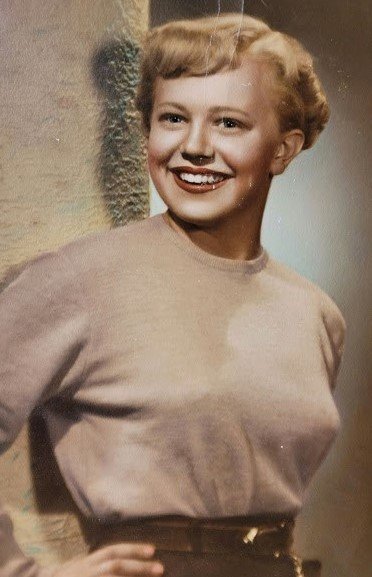 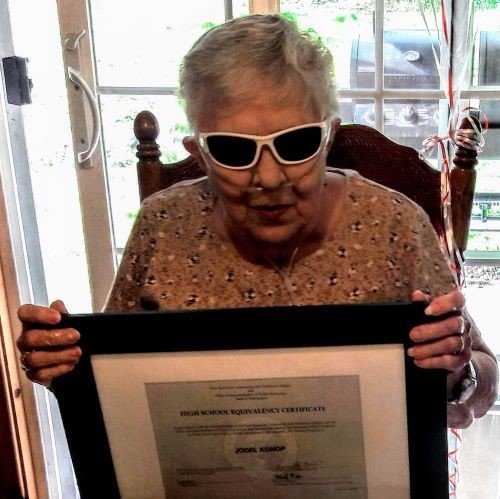 “Trust in God with all your heart, and do not rely on your own understanding.

In all your ways take notice of him, and he will make your paths straight.”

JoDel Dubey Konop of Puyallup, Washington passed away from complications of pneumonia on January 4, 2021 at the Good Samaritan Hospital, she was 85.

JoDel was born in Manitowoc, Wisconsin on October 29, 1935 to Irene West Dubey and Ervin Dubey. She attended Lincoln High School and married Robert T. Konop, Sr. on December 4, 1954.  The couple moved their family to Seattle in 1962 when Robert took a job with the Boeing Company. JoDel is survived by two of her five siblings; Richard (Shirley) Dubey of Biloxi, MS., and Dean Dubey of Phoenix, AZ.

JoDel had a close relationship with God and prayed every day to thank the lord for the privilege of being mother to her four children, ten grandchildren, twelve great-grandchildren, and one great-great-grandchild with another on the way.  The extended Konop family was her greatest source of joy while always looking forward to the next family holiday event, family reunion, or any other opportunity to ‘cook and hang-out’ with those she loved.  JoDel wants to be remembered for the love she had for each member of her large and extended family.

JoDel spent many years living alongside her mother Irene, in Mesa, AZ, while working in the banking industry, spending almost 30 years as a customer service and new account manager.  While living in Mesa, JoDel volunteered her time with Civitan International, a fundraising organization for the Special Olympics, and more.  During her tenure, she held every club office available to her including State Treasurer, something she took great pride in.  Eventually, JoDel moved back to the Seattle area in 2003 where she took a position as manager for SHAG, a senior apartment complex in the city of Puyallup, finally retiring in 2012.

JoDel was fond of traveling, making multiple trips to China, Hong Kong, England, Canada, and around the U.S., meeting friends and family wherever she went.  Adventurous trips with her daughters and grandchildren to see numerous Cirque du Soleil performances were her favorite and somehow managed to keep all her vacation souvenirs as important mementos.  Yet it was a late-in-life effort to earn her High School Equivalency Certificate (G.E.D), at the age of 81, that she is most proud. At the time she passed her G.E.D exam JoDel was legally blind so it was quite an accomplishment for her.  She couldn’t have been more proud when she surprised her family with the news at their Easter gathering in 2017, something still talked about to this day.

In addition to the family members listed above, JoDel is survived by the her children; Robin Hinz of Auburn, WA., Lynn (Ran) Pugh, Robert T. Konop, Jr., and Caroline (Curt) Smith, all of Graham, WA., along with her previous spouse Robert T. (Pat) Konop, Sr. of Phoenix, AZ., and her Manitowoc family; including her sister-in-law Judy Konop (Jeff) Lund and their children; Natasha, Nick, and Breanna as well as their grandchildren.  Other Manitowoc family include JoDel’s nephews Kevin, Alan, and Greg Kadow (and family) along with numerous cousins on the Dubey side. She also left behind two Konop nephews residing with their families in the Seattle / Tacoma area.  JoDel’s grandchildren are as follows:  Julie, Dana, Randy Jr., Dustin, Ashley, Chrono, Meagan, Krystal, Shawn, and Maia

Share Your Memory of
JoDel
Upload Your Memory View All Memories
Be the first to upload a memory!
Share A Memory