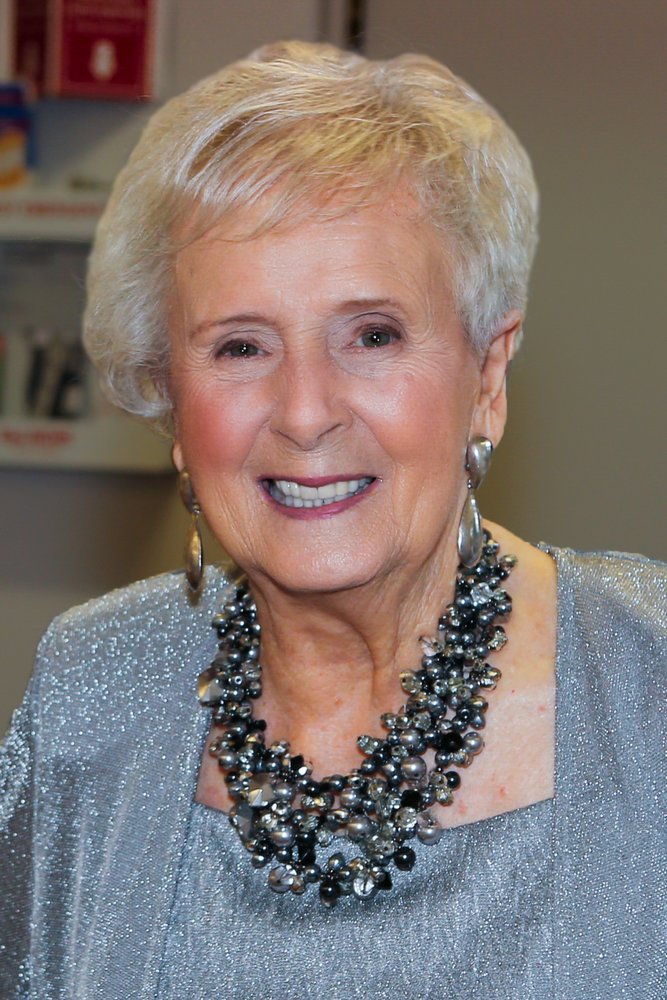 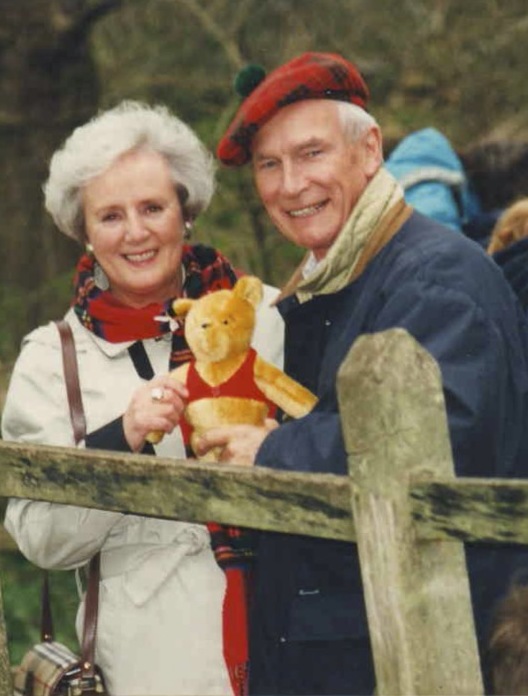 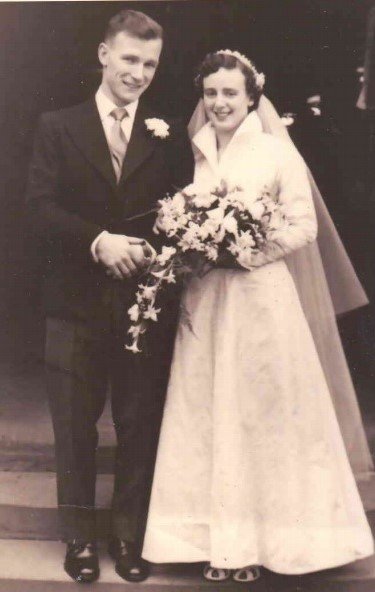 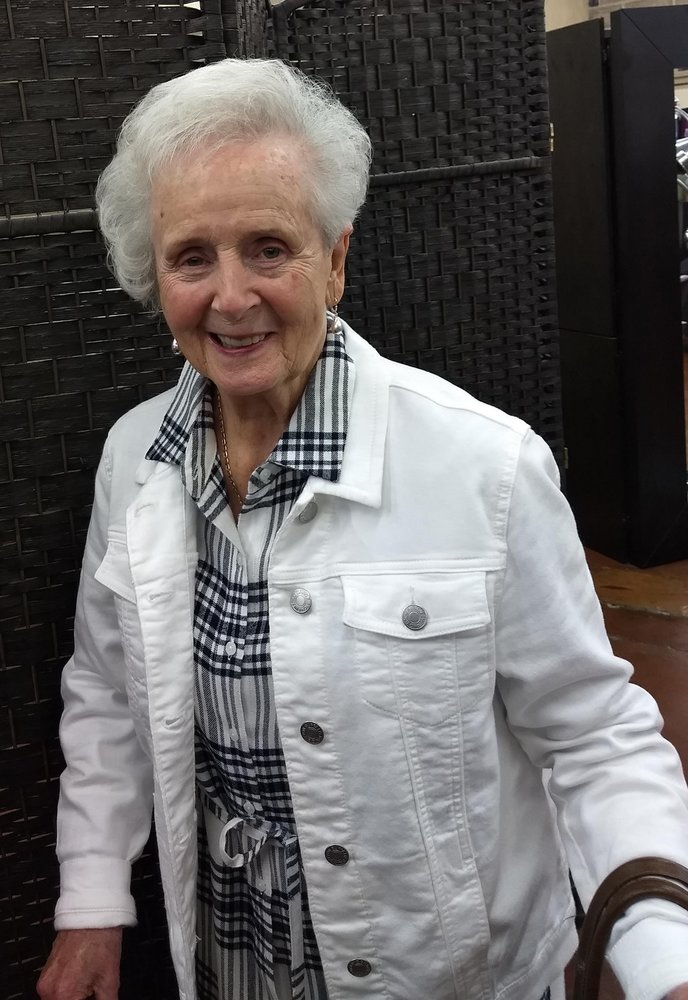 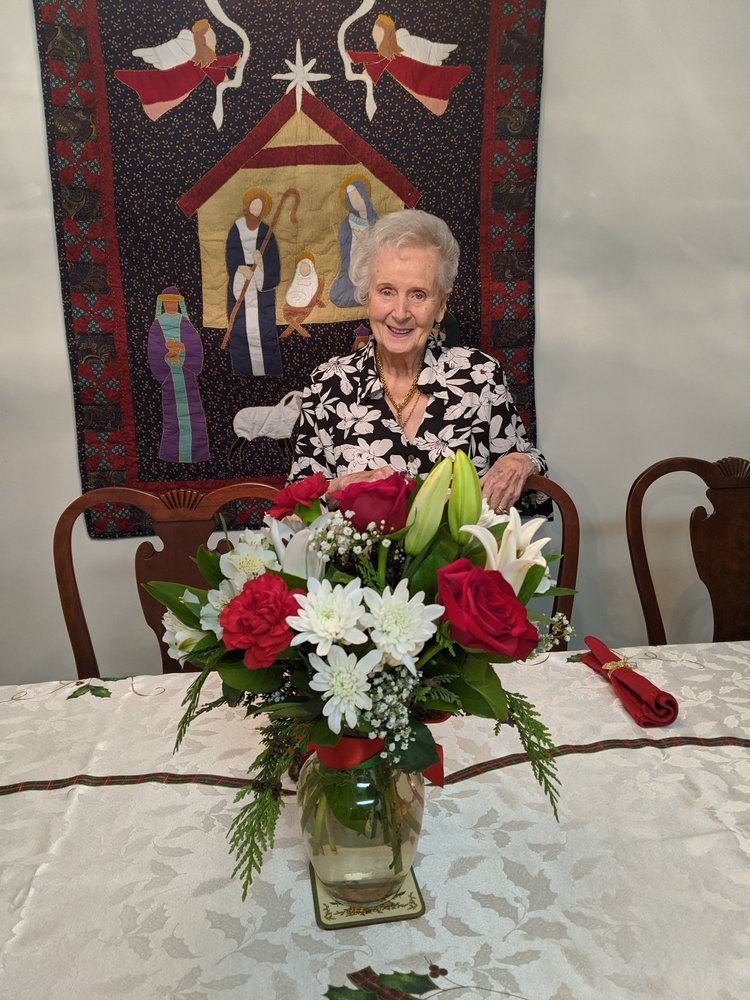 Muriel attended a girls’ Catholic secondary school called Bellerive (for ages 11-18), where she was named as “Head Girl” in her last year of attendance because of her academic achievements. After secondary school, Muriel obtained a degree in Occupational Therapy. She then worked as an occupational therapist at a TB Hospital on the British island of Jersey for one year before returning to Liverpool.

In 1953, Muriel met the love of her life, Denny Martin, at an “Old Boys” alumni dance at St. Edwards—Denny’s all-boys Catholic secondary school in Liverpool. Muriel and Denny were married one year later, on June 4, 1954. That same day, the newlyweds boarded a ship bound for Toronto, Canada (via New York) to start their life together. From 1955 through 1959, Muriel and Denny had five girls. In February of 1962, the family left Toronto for Renton, Washington, so Denny could begin a career at Boeing. Then in July of 1962, Muriel gave birth to their sixth child—and first son—Jim.

In August 1964, the family moved to Bellevue and joined St. Louise Parish, where they became active members and made many dear and lifelong friendships. All six Martin children attended St. Louise school. Muriel was involved (with Denny) in several parish organizations: the Parish Council, Evenings for the Engaged, The Renew Group, and Forever Young. They also joined the Eastside chapter of the Britannia Club, where they made many friends who shared their British heritage.

Muriel was unable to use her Occupational Therapy degree in the USA without additional American certifications, so she pivoted her career to the real estate industry. She studied for and obtained her real estate license before spending several happy years with various companies (John L. Scott, Bruch and Vedrich, and Better Homes and Gardens). She especially enjoyed her position in Executive Relocation.

Muriel loved to travel. Some of her most memorable adventures with Denny included trips to Australia, China, Thailand, France, and the Panama Canal, plus several cruises. At home, Muriel was the perfect hostess. Her house was always festively decorated for the season, and she welcomed every visitor with a cup of tea and a cookie!

Muriel was an avid Scrabble player. In recent years, she challenged several of her daughters and grandkids to games—and often won! She also had a love of gardening. She once won first prize in her Garden Club for her “Purple Splendor” rhododendron in her front yard. Other floral favorites of hers included beautifully perfumed roses and irises.

In June 2010, at the age of 80, Muriel suffered a massive heart attack, which required five-way bypass surgery. She recovered quite well, to the marvel of her family and heart surgeon. After the passing of dear Denny in October of 2012, Muriel lived on her own in their beloved Bellevue home, with loving care from her granddaughter Tara, and then, during the last four years, her amazing caregiver, Karen. After a fall in late July 2020, Muriel was diagnosed with congestive heart failure and continued to decline in health. She died peacefully at her home in Bellevue on Saturday, January 9, 2021.

In lieu of flowers, please send donations to:

Share Your Memory of
Muriel
Upload Your Memory View All Memories
Be the first to upload a memory!
Share A Memory