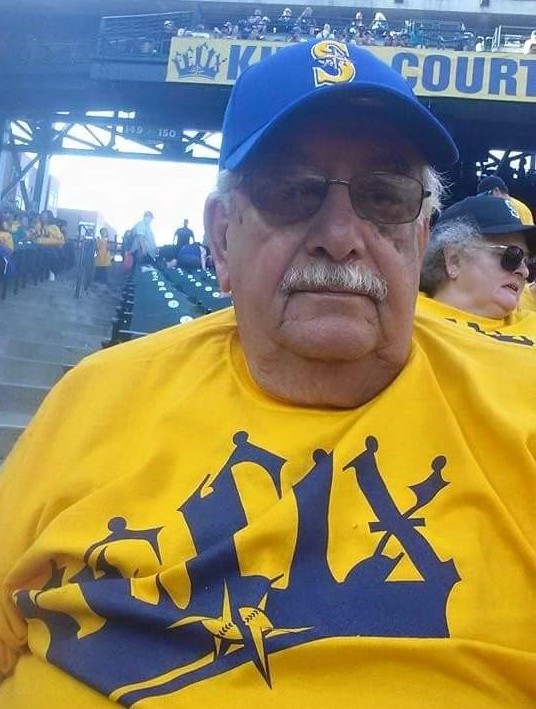 Papa Leo was born January 3, 1932 in Rubio Venezuela to parents Jose Leonardo Alarcon and Ana Matilde Ramirez.  He came from a large family that included sisters Betty, Mabel and Melania and brothers Guido and Ivan.

In 1955 Papa Leo met and married Patricia Scott Gardner while attending college in Indiana. Together they raised 5 children in Venezuela before moving to the Florida in the 70’s. After Papa Leo retired, they traveled between Florida, Nevada and North Carolina before ultimately settling in Bonney Lake Washington.  They were married until Patricia’s death in 2012.

Papa Leo was a sports enthusiast.  As a younger man he enjoyed bowling, golf and playing in baseball leagues.  He was an avid fan of the Mariners, never missing a televised game. He watched every soccer match he could find along with many golf tournaments and car races.

Papa Leo is survived by his children: Tessy Alarcon-Poore, Mary Acosta, Edgar Alarcon Jr, Patty Lopez and his youngest daughter Margie Alarcon.  He was a loving grandfather to 11 grandchildren and 7 great grandchildren and extended bonus family who loved him. He was very loved and will be greatly missed.

Share Your Memory of
Edgar
Upload Your Memory View All Memories
Be the first to upload a memory!