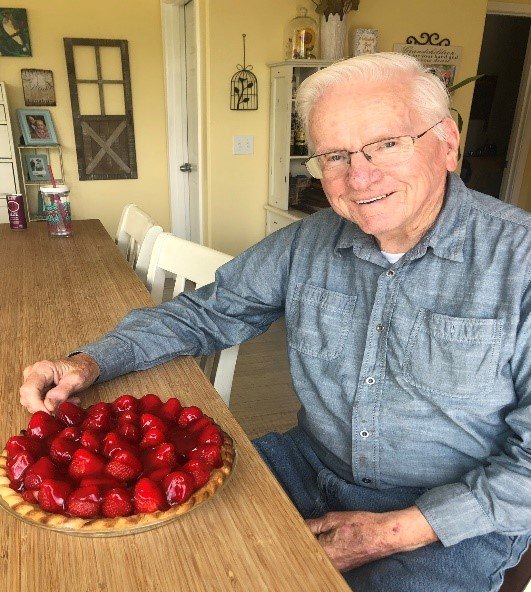 Ronald (Ron) W. Carlson passed away peacefully at the age of 89 in the early morning hours of September 16, 2020, at his home in Graham, WA.  His daughters, Carla and Donna, were by his side. Ron was born in Soudan, MN on August 2, 1931, and lived a long and fulfilling life.  In 1951, he enlisted in the Army during the Korean War and was assigned to Tank Company 155th Infantry Regiment at Fort Jackson, SC.  He also worked in the Tower-Soudan Underground Iron Ore Mine. In 1956 he was accepted at Bethel University in St Paul, MN, where he majored in European History and minored in Biological Science, as well as sang in the male choir and played football.  On September 5, 1959, Ron married Carol Wilson. They moved to Randle, WA, for his first teaching job at the High School. He was assigned to teach a variety of subjects and to coach the basketball team.  Carla and Donna were born in nearby Morton, WA.  After Cheri was born, the family moved to California for his teaching job with Fremont Unified School District.  “Mr. Carlson,” as he was known, taught 8th grade Social Studies at Walters Junior High School for thirty years. Ronda and Dean were born during that time. He also sold Fuller Brush, did concrete jobs, and was an active member at all churches he attended.  Mr. Carlson retired in 1993 and did some substitute teaching before moving to Modesto, CA in 2002.  Ron kept active; he enjoyed travel, the outdoors, fishing, hunting, backpacking, and gardening.  Every summer the family vacationed, visiting family and friends, and seeing national wonders.  Ron read often and he was very interested in history and current events. Mr. Carlson was mostly known by others in leadership roles: school teacher, deacon, Awana Commander for over 29 years, Sunday School teacher, adviser and mentor.  He put his trust in Christ for salvation in his early 20’s and served his Lord faithfully from that time up to the last days of his life, continually investing in others spiritually, mentally, emotionally, physically and financially. In 2017, Ron and Carol moved to Graham, WA, where he continued to be active in gardening, read his Bible every day, played Words with Friends and enjoyed visits from friends and family.

Share Your Memory of
Ron
Upload Your Memory View All Memories
Be the first to upload a memory!