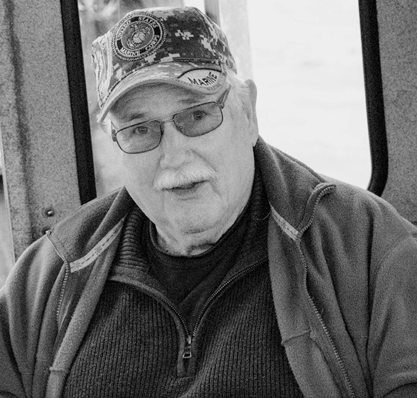 Donald Branson Goddard of Graham, Washington peacefully passed away on August 20, 2020, surrounded by his family’s love. Don was born on January 14, 1935 in Tacoma, Washington to his parents Alfred Goddard and Esther Hoyt. Don had three brothers, Jack, Jim and Sam; all of whom passed before him.

Don attended Bethel High School where he met his sweetheart and wife of 63 years, Darlene Marie Goddard. When Don joined the United States Marine Corps, they lived together briefly in Oceanside, California. Upon moving back to Washington State, Darlene and Don started a family with their first child, Duane Branson Goddard. Don and Darlene grew their family with two more sons, Kirk Stewart and John Bryan Goddard. Their family was finally complete with their only daughter, Kimberly Ann Goddard.

Don would later become a grandfather to Nicholas and Zachary Smith, sons of Kimberly. Emilie, Mollie and Timothy Goddard were Don’s grandchildren from his son Kirk. Don always provided love, warmth and care to his grandchildren. Nicholas and Kayli Smith provided Don with his first and only great-grandchild, Jameson Michael Smith. Don’s grandchildren and great-grandchildren will fondly remember his warm and caring spirit. When the love of his life, Darlene, was diagnosed with Parkinson’s Disease in 2006, Don took on the role of full-time caregiver. In addition to the care from Don, her sister Trudy, her nieces Lila and Carissa, and her son Duane served as Darlene’s closest caregivers. These would be the very same caregivers who would support Don in the final years of his life.

Don dedicated his career to the service of his country and community. He joined the United States Marine Corps where he proudly served from 1952 to 1958. Don also served as an ironworker, professional writer, Tacoma Police Department Patrol Officer, Washington State Patrol Officer and Washington State Department of Motor Vehicles Officer. Don was a renaissance man and had many skills, hobbies and passions. Don was an avid farmer, archer, blacksmith, fisherman, hunter, and writer.

Don was a proud and active member of Bethany Lutheran Church. He held numerous positions at the church and will be remembered as a devout Lutheran who was as kind as he was generous. In 1998, Don helped to publish a book called “Light on the Prairie”, a brief history of the church.

Don will forever be remembered as a dedicated and loving husband, father, brother, uncle, grandfather, and great grandfather. Those who knew him will remember the priceless life lessons or sayings that he often shared. Don was a master storyteller and he will be dearly missed by all.

In lieu of flowers, the family asks that you please consider a gift in Don’s memory to the Bethany Lutheran Church Youth Group.

Share Your Memory of
Donald
Upload Your Memory View All Memories
Be the first to upload a memory!