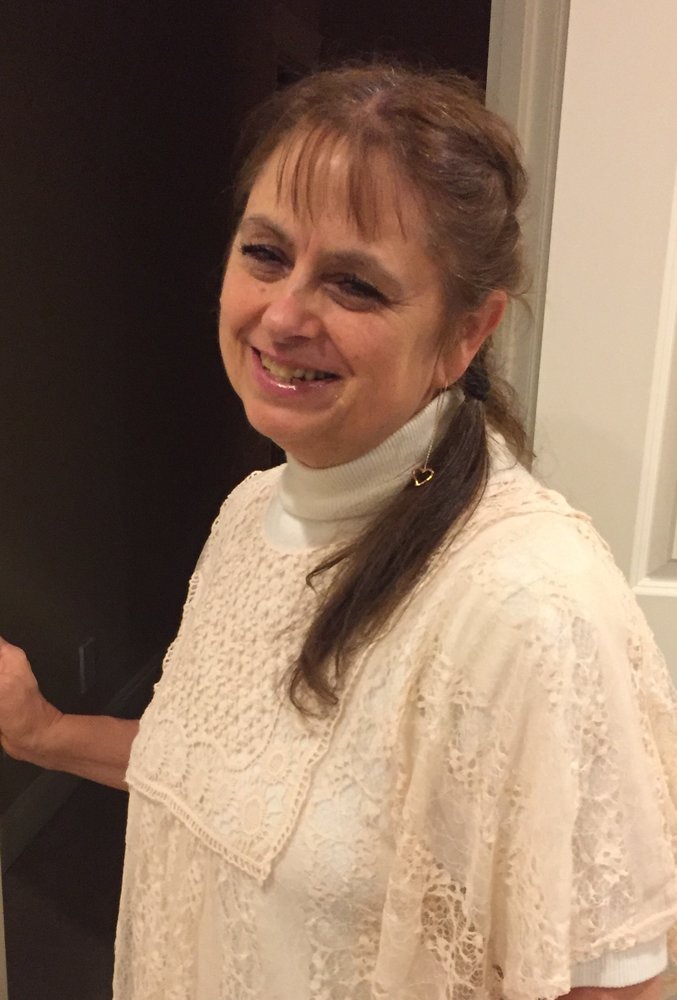 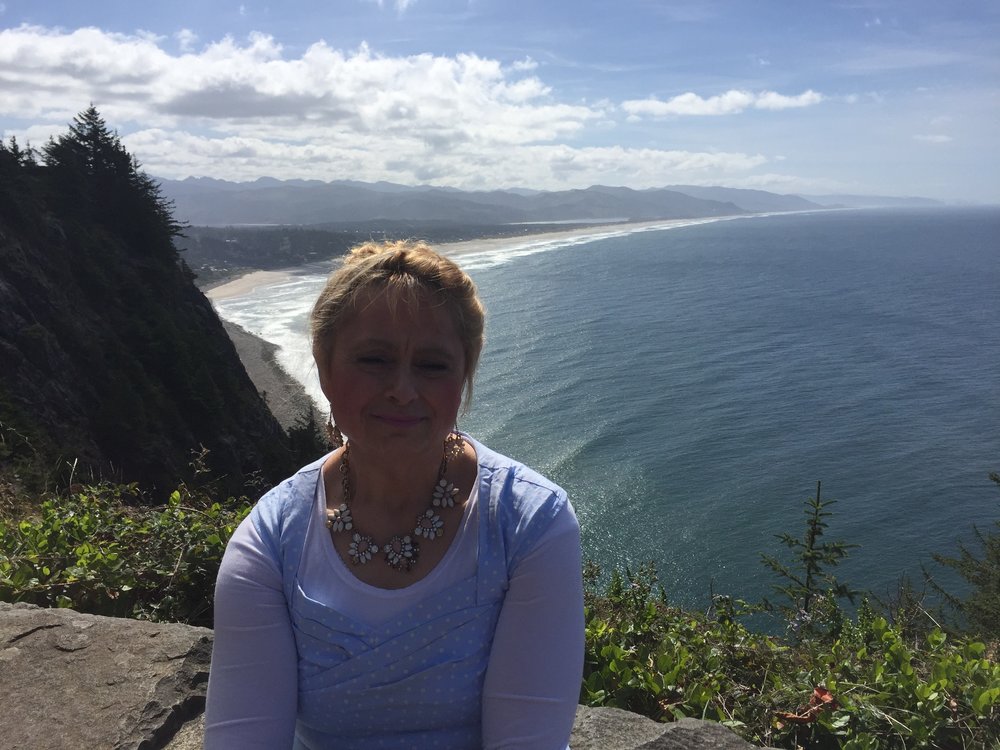 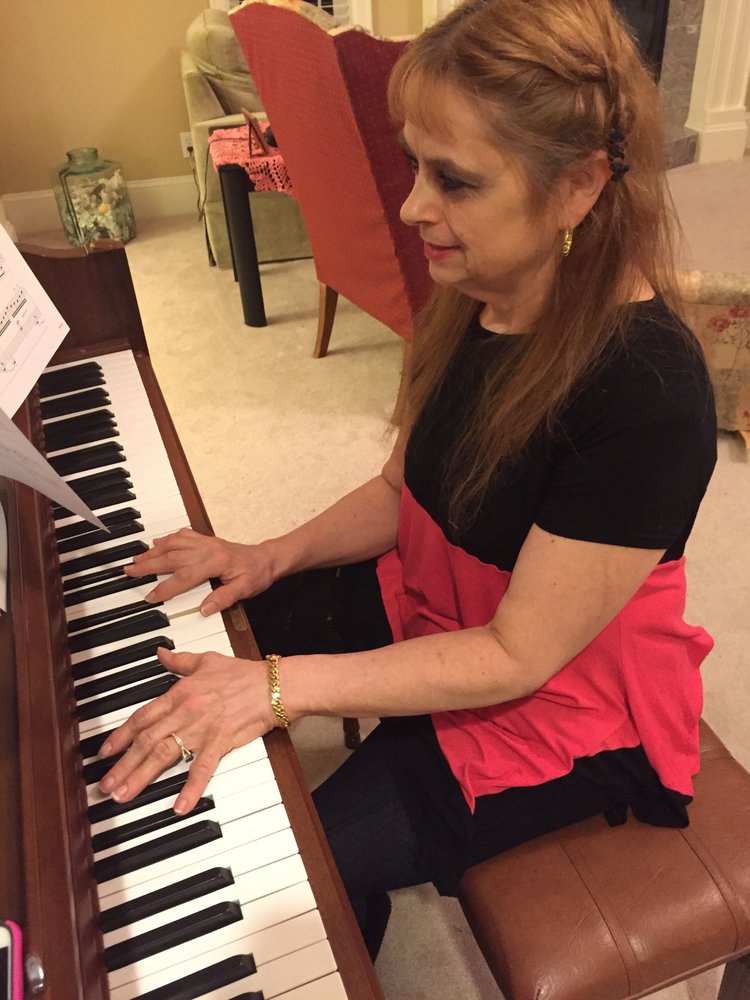 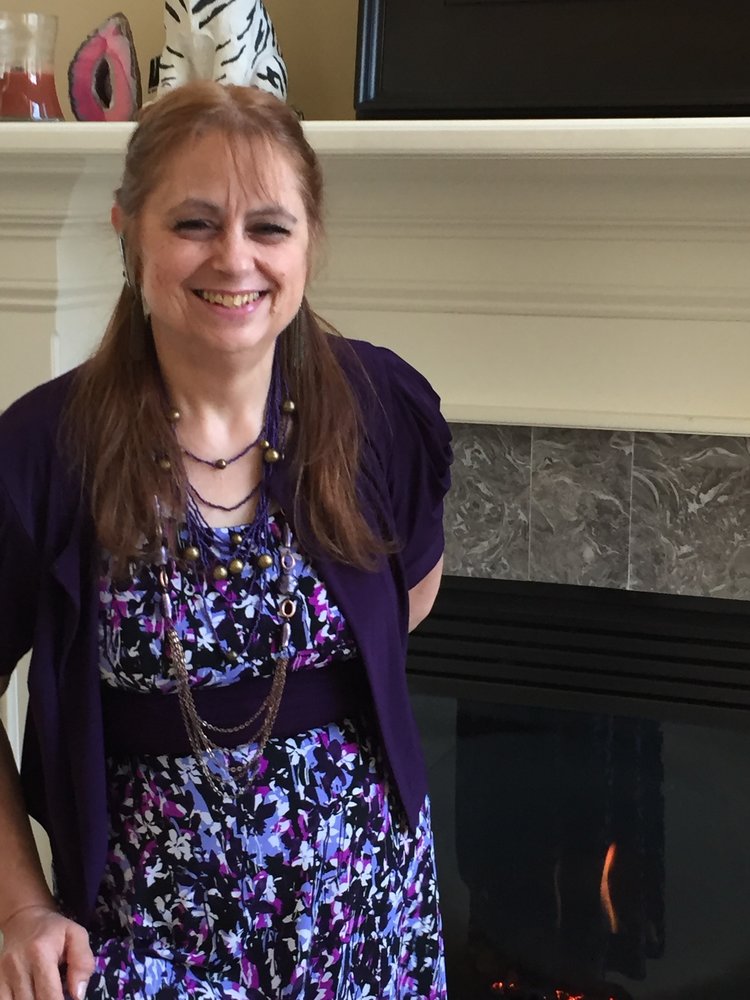 Shaunna Joy Tacher, 60.5 passed away at home next to Dash Point State Park on June 11, 2020 at 12:45 PM PDT after enduring treatments leukemia (AML) for two years. She was born December 4, 1959 to Lon A. Crosslin and Carroll L. (Shaffer) Crosslin in Seattle, Washington. Shaunna was raised and lived in the Pacific Northwest in communities in Burien, Federal Way, SeaTac, Arlington, and Lake Stevens Washington. She attended Salmon Creek Elementary and both Puget Sound and Chinook Jr. High and Tyee High School where she graduated in 1978.  She worked for the Pay’nSave Corporation as an accounting clerk in their Seattle headquarters, the initial office staff and dispatcher for Beacon Plumbing and Mechanical when it commenced operations and for her husband’s CPA and financial services practice – Michael G Tacher, CPA. The story goes that when she was a toddler she had managed to find herself in a puddle of water next to the Baseball Field at Moshier Field/ Burien where her dad was playing 1 st base and Michael’s dad was coaching the Church’s 9 th Ward fast pitch team.  Michael according to Shaunna’s mom had picked Shaunna up out of the puddle and brought her to her mom who had been distracted.  Carroll (mom) said “That Michael would make a good husband for my little Shaunna”.

She was on a wagon at woodland park zoo when she fell off the end of the wagon, and watched her family leave.  She was about 2 ½ years old and she watched the wagon depart. Some guy picked her up and took her to the lost and found.  They gave her chocolate.

Shaunna played her flute and loved going on a Tyee HS Band trip to Hawaii where here picture was posted in the newspaper with her brother Shane Crosslin upon her return.  Shaunna then learned the Bassoon and Oboe.  She recently played her Bassoon at Whitman College in Walla Walla at the Midsummer retreat and the performance was stunning.

It wasn’t until 1979 that Michael had returned from BYU for the summer and saw this sassy attractive beautiful, cute 19 year old brunette girl playing the piano.  Michael (Dad) approached her and guessed her name wrong, where she corrected him then he realized she was from the Crosslin family who he had known for many of his growing up years.  Michael asked her on a date to Salty’s at Alki for dinner, then arranged to meet her at a Bellevue Young Adult Church Dance and later went on the Young Adult Cruise on Puget Sound Goodtime Boat.  The celebrated the Seattle Supersonics winning the NBA world championship, then Michael parted going back to BYU for his final semester and mom said he looked so sad like a puppy dog losing his best friend but they agreed to write.  Shaunna flew down to Salt Lake for Conference with Brent Beck on a single engine airplane and Lon her brother.  But she failed to tell Michael she was coming and her sister whisked her off to Tremonton, it was a rule in her home girls couldn’t call a boy.  On the final day in Utah, Michael was on a date when he ran into Shaunna’s brother who said Shaunna was now in Provo but did not know the address where she was.  Michael excused himself from the date and prayed and somehow found a friend who had Tammy’s phone number in his shirt.  At 10PM Michael connected met with Shaunna and it was that night they first kissed and embraced in happiness.  From October to Thanksgiving they wrote and Michael decided to go back to Seattle to see her.  He wrote her an epistle, then they went to Fiddler on the Roof over Thanksgiving weekend, and tepidly he asked her dad if he could have his daughters hand in marriage.  He proposed to Shaunna asking for a 30,000 year contract of marriage with eternal renewal.  She said yes.  They were married 40 years and 5 months ago to this exact day on January 18, 1980 in Provo Utah where she married Michael George Tacher in the Provo Utah temple.  They moved to Yakima, Washington and had their first three Children – Rachael Denise May 1981; Michael Charles May 1982; Samuel David November 1983.  Then moved to East Renton Highlands in October 1984 and had children Jacob Lon September 1986 and Lashaun Elizabeth August 1988. Lashaun died of Sudden Infant Death Syndrome in March of 1989.  This was devastating to Shaunna particularly and the whole family.  They fostered children but took in a group of 3 siblings (Jessica, Douglas and Justin) They adopted both Doug and Justin then had them sealed to them in 1995 in the Seattle Temple.  They also fostered more children and brought in others who needed Shelter.  They brought in a child from the PIC center who was a newborn addicted to several drugs when no one would have been able to care for her but the family and Shaunna gave her non stop love and she healed quickly from addiction.  Shaunna would open up her home to those in need of some tender love or who were struggling.  In the East Renton Highlands they had 30 fruit trees, berries and 2 greenhouses.  They produced lots of food on their land.

Shaunna was a wonderful and supportive wife and homemaker, mother and grandmother.  She loved baking bread since she was 10, canning fruits and vegetables from their gardens and orchard.  Shaunna loved her children most, but dearly loved music and playing several instruments and teaching her children to play.  She learned the piano without ever having a lesson and played piano for over 20 years for her church relief society and in the children’s primary as well as playing for the choir.  Shaunna also learned the flute, and later the bassoon and oboe and she taught her children how to play the bassoon and oboe.  The home was always filled with music.  When Michael was studying 4 months and sitting for the CPA she took care of her 2 and one year old while being pregnant, cooked, cleaned so Michael could study exclusively.  It paid off as he passed the exam on the first sitting all parts.  She supported her husband in many callings in the church over the years including Bishop, Stake mission president and other callings, and as a bishops wife would reach out to love the members of the congregation.  She was known to take bread, take in many meals often without anyone asking to those who were in need.  She loved unconditionally.  She also served as the children’s Primary president and as a teacher for many years, and later as a music chairman.

Shaunna was very talented at sewing, and made many quilts for her children, for newborns who were placed in foster homes and the homeless, as well as crafts for her home and masks for Covid 19.  Her most prized interest was her children and her grandchildren. She had a room dedicated to industrial sewing machines and loved doing making dresses and did upholstery with her mother.

Shaunna was a faithful member of The Church of Jesus Christ of Latter-day Saints, diligently serving in many callings. She was devoted to ministering to those around her and exemplified a Christ-like life, with patience, kindness, and service to all.
Shaunna is survived by her husband (Michael G. Tacher), her children Rachael Denise (Terry) Kitterman, Michael/Mick (Charity) Tacher, Samuel David Manyi) Tacher; Jacob (Emilia) Tacher, Douglas Tacher, and Justin Tacher. She has her 7 children sealed to her and 14 grandchildren, 8 girls and 6 boys (Ashley, Seth, Lashaun, Jacob, Aurora, Simon, Benjamin, Kayden, Emma, Timothy, Hannah, Saffi, Bella and Olivia Joy (Joy named after Shaunna’s middle name Joy which she was most proud of.  Especially since the doctors and nurses gave her zero chance to meet Olivia on this earth.  Olivia is now 2 months old and it was such a joy their reunion at birth. Shaunna has now returned to be greeted by family and her daughter Lashaun.

Shaunna Joy Tacher was pure in heart.  The word charity and Shaunna are synonymous.

To send flowers to the family or plant a tree in memory of Shaunna Tacher, please visit Tribute Store

Share Your Memory of
Shaunna
Upload Your Memory View All Memories
Be the first to upload a memory!
Share A Memory
Send Flowers