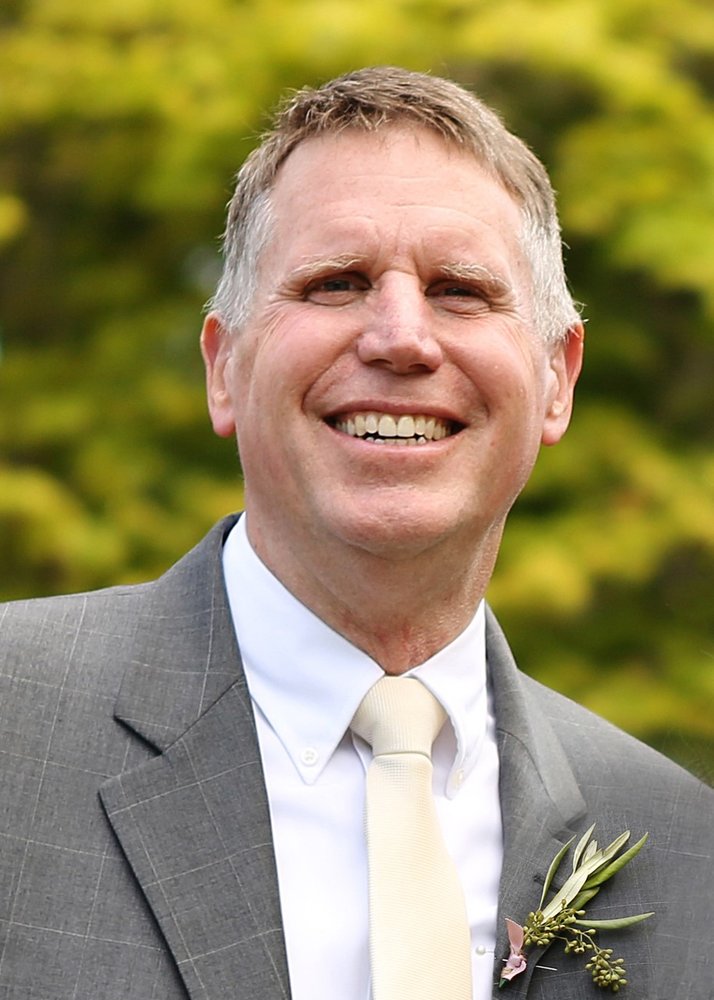 Robert was born December 11, 1960 in Spokane, Washington where he was the youngest of six children. He grew up a cheerful hardworking boy, who loved playing church sports, serving others and skiing.  After finishing school in the East Valley, he attended Spokane Community College before being called to serve in the Switzerland Mission for the Church of Jesus Christ of

Latter-Day Saints.  The next two years were spent proselyting between Germany and Switzerland. After returning home, he moved to Seattle to attend the University of Washington.  It was at the institute building that he met, courted and started dating LeeAnn Lindsey.  They were married December 14, 1984, surrounded by friends and family.  The newlyweds continued to live in Seattle while LeeAnn continued her studies.  He commuted to Federal Way to run and operate Jasmine Bakery, the business he, his father and brothers had purchased earlier in the year.  Soon after, with two babies Malia and Camille, he and LeeAnn bought their first house in Federal Way.  It was in this town, that they raised their five kids and met lifelong friends.

Bob loved to spend his time with family, supporting his children, and skiing. There was rarely a weekend where he would not be on a soccer sideline, volleyball or wrestling bleachers, or on the slopes. As good of a father he was, Bob was an even better grandpa to his five grandkids.  His strength and unselfish service to others has had an impact on everyone he met, including his five children and five grandchildren. He was the greatest example of humility, loving others, working hard and laughing off the small things.

We are sad to not be able to share these tender moments with all those Bob loved. In remembrance of Bob, hug your kids and grandkids, mow your lawn, bake some cookies, gather around your kitchen table and spend time with those you love most; a few of Bob’s favorite things.

To send flowers to the family or plant a tree in memory of Robert Miller, please visit Tribute Store