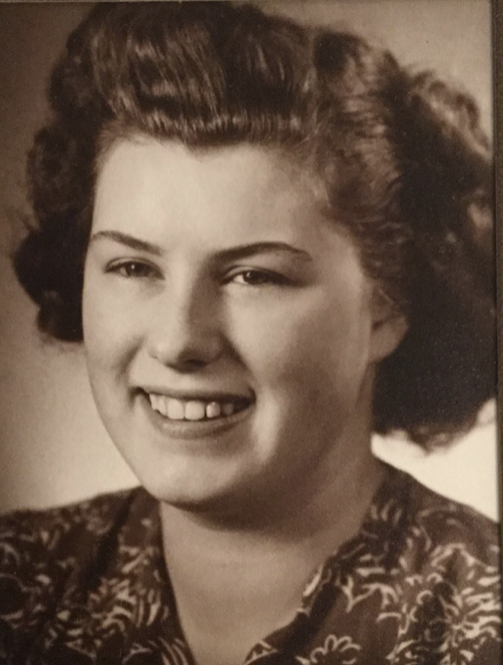 Gen was full-blooded Scandinavian, half Norwegian and half Swedish, raised on a dairy farm in Lake Tapps, WA with her two younger brothers, Gerald and James. She grew up spending time with her uncle and aunt, Sverre and Cora Sorensen, and their daughter, Joyce Della of Buckley, WA.

In 1948, she graduated from Sumner High School and married Warren Stanley of Orting, WA in the fall of the same year. Together they had five sons, Thomas, Ralph, Leo, Harry, and Johnny, all raised in Sumner. Gen later married Theodore “Ted” Doering of Cleveland, OH in 1973. Gen and Ted lived in Sumner, raising six children, Gen’s five sons and Ted’s son, Terry.

Gen was an active member of the Ladies Auxiliary Club, the VFW Cooties, and The National Federation of Business and Professional Women’s Clubs. Gen enjoyed classical music and was an accomplished pianist and organist, completing several Sherwood Music School piano courses in 1948-1949. She also enjoyed bowling, crocheting, and traveling to California with her husband, Ted.

In 1986, Gen retired from the United States Postal Service Office in Sumner after 32 years of service.  After retiring, she worked as a part-time secretary at her church, volunteered at the hospital, and spent time with her grandchildren. She will be remembered by family and friends for her sassy sense of humor, and passion and love of pie. Although there is “no such thing as a bad pie”, strawberry rhubarb was her favorite.

To send flowers to the family or plant a tree in memory of Georgia Doering , please visit Tribute Store
Tuesday
5
November

Share Your Memory of
Georgia
Upload Your Memory View All Memories
Be the first to upload a memory!
Share A Memory
Send Flowers