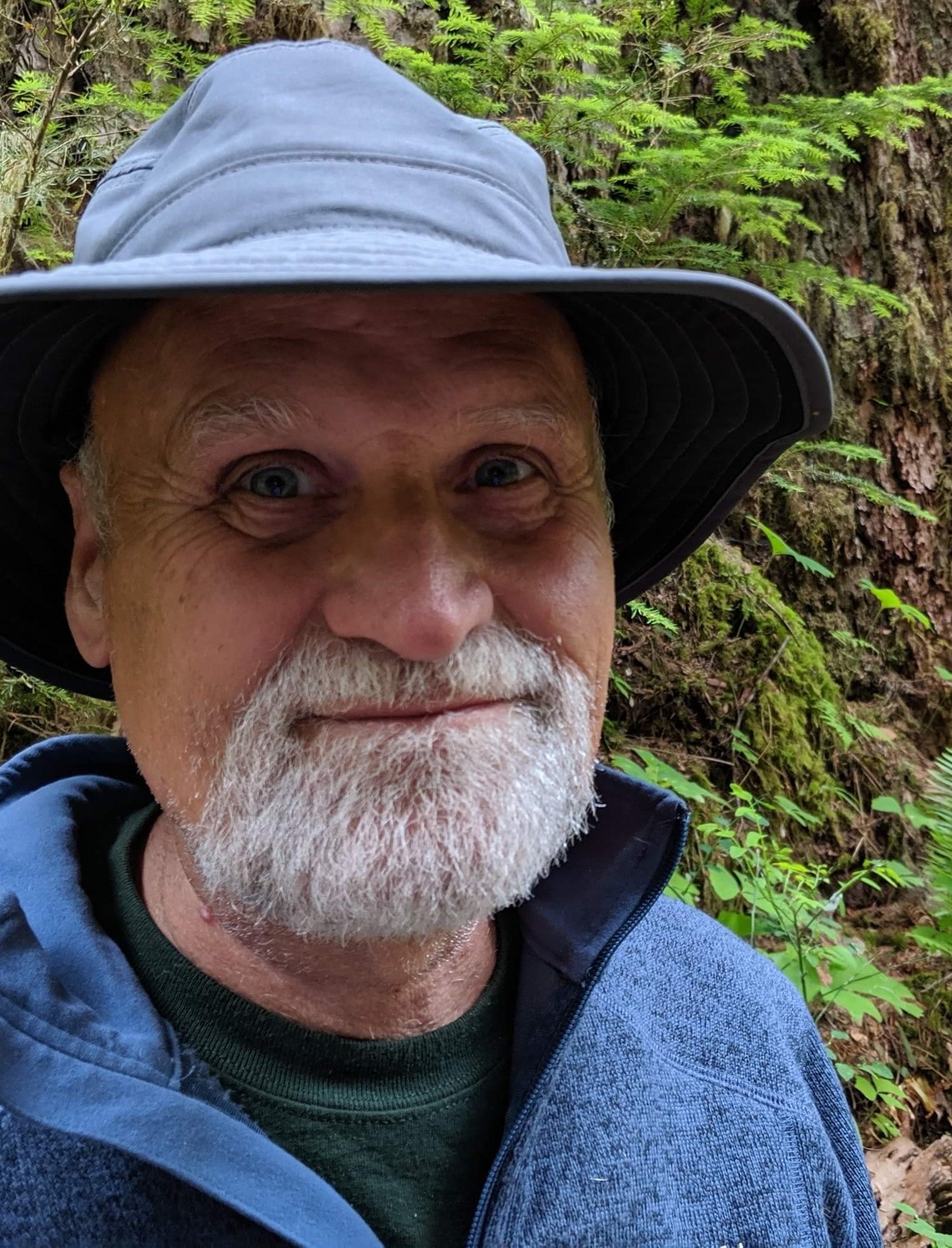 Whether he was cuddling a new baby or kitten, recounting a funny story, spending time in the woods, or starting a new project, Don expressed constant joy in his life, and it was infectious. That is the gift he leaves to all who knew and loved him.

Donald James Partington was born February 3, 1958, in Lawrence, Massachusetts to Lewis T. and Josephine M. Partington. He died as a result of sudden cardiac arrest in Puyallup, WA on September, 29, 2019, surrounded by loved ones. Don grew up in Georgetown and Sudbury, MA and graduated in 1976 from Lincoln Sudbury High School, acquiring the long-held nickname “Linc", while spending a semester in high school working in the White Mountains of New Hampshire. He attended the University of Massachusetts, Amherst, and graduated from Green River Community College in Auburn, WA, with Associates degrees in Water and Wastewater Management. He worked for King County, WA in Wastewater Management for 27 years.

Don married Robin High Partington on July 5th, 1986. Don and Robin met fortuitously in May, 1980, on a backpack trip in Olympic National Park, while he was visiting a friend attending college at University of Oregon, where Robin was also a student. After spending a year in Oregon, Don returned to Massachusetts and Robin subsequently graduated and took a job with the Lewiston, ID school district. In 1982, Don, an avid cyclist since childhood, set out from Massachusetts with a friend to cycle across the country. He stopped to visit Robin after nearly 3,000 miles en route to the Pacific Ocean and the rest is history. They spent 39 wonderful years together, filled with adventuring and raising their two fine sons, Daniel and Alexander.

As an active member of the Foothills Rails to Trails Coalition for over 30 years, Don served on the Board of Directors, coordinated trail work parties, and enjoyed countless hours of trail building and maintenance. Don was also on the Board of the Russell Family Foundation Puyallup Watershed Initiative, and active with the PWI's Active Transportation Community of Interest. Don was an active member of the Thea Foss Waterway Seaport Museum and worked as a volunteer in the Heritage Boat Shop that builds wooden vessels

and restores and repairs vessels displayed in existing exhibits or collections. A recent project he loved was building a beautiful wooden kayak.

Don had an incredible ability to create, problem solve, repair and re-purpose. Basically, he could figure out just about anything and never saw any challenge as insurmountable, including his health. He would just find a way to fix it, re-purpose it, go around it, or live with it. He loved woodworking and made beautiful wooden boxes, shelving, and gorgeous live edge cedar benches that always drew high bids for the causes he donated them to. He also picked up welding in the last several years and enjoyed being mentored and improving his skills. Projects were his core. He described his work in the garage as “tinkering" or “puttering" and he had to have at least one project going, usually several at the same time.

We will remember Don most for his unfailing kindness, his ability to really listen, his delightful sense of humor, the boundless joy he found in his life, and of course, those long and legendary hugs. Loving and experiencing the outdoors was an enormous part of Don’s life that he enthusiastically shared with his family and friends. He had a reverence for old growth trees and made a point to thank them whenever he had an opportunity. His many outdoor interests included canoeing, kayaking, bicycling, hiking, and camping. Don continued to actively enjoy the outdoors, despite his increasing mobility challenges due to Muscular Dystrophy. He continued to cycle and transitioned to an electric assist bicycle when pedaling became more challenging.

Don was preceded in death by his parents and a nephew, Matthew Munson. Surviving family includes his wife, Robin, of Lake Tapps, WA; son Daniel and spouse Alexandra, and son Alexander, all of Olympia, WA; his sisters Margaret Munson of Franklin, MA, and Ruth Callahan of Gardner MA; brothers Andy Partington of Brandon, VT and David Partington of Worcester, MA; and numerous extended family and cherished friends.

A memorial service to celebrate Don’s life is planned for early Spring, his favorite season. The date and location will be forthcoming. Memorial donations can be made to the Foothills Rails to Trails Coalition, Washington Trails Association, Back Country Horsemen of Washington, Mt. Rainier National Park, Thea Foss Waterway Seaport Museum, or an environmental charity of your choice.

To send flowers to the family or plant a tree in memory of Donald Partington, please visit Tribute Store

Share Your Memory of
Donald
Upload Your Memory View All Memories
Be the first to upload a memory!
Share A Memory
Send Flowers