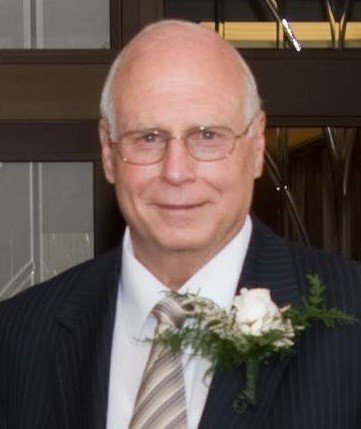 Ivin Trevor Giles passed peacefully on the evening of Saturday, September 14th at the age of 83.

Dad was surrounded by many of his children including his wife of 10 years. Ivin is survived by his wife Shirley, 8 children, 29 grandchildren, and 5 great-grandchildren.

Ivin was preceded in death by his wife of 45 years, Dee Satterlee Giles.

Ivin met Shirley in 2008. Shirley was his first date after he became single. He went on to date a few other ladies, but always knew Shirley was the one. They were sealed in the Seattle Temple on July 24, 2009.

Ivin was born in Heber City, Utah in 1935. He was born at home to his mother Mary Lucille (Carlile) Giles and Vincent Trevor Giles. He had one older sister, Ardeth (Giles) Young. In addition, he has 2 younger sisters, Alyce (Giles) Allred and Barbara (Giles) Olofson, with his youngest brother, Robert Giles.

Shortly after birth, his mother and father moved to 212 West Third South in Heber, his grandfather Giles' home. He continued to live in this house until called on a mission for the Church in June 1956. He served in the Great Lakes Mission from June 13, 1956 to June 6, 1958. But he lived in the same house for over 20 years prior to his mission with the exception of six months during two quarters of freshman year at Brigham Young University. Ivin attended school in the Wasatch School District and graduated from Wasatch High School in 1954.

After completing his mission for The Church, he returned to BYU. While working the summer of 1962 in on-campus housing he met Dee Satterlee and was married in the Manti Temple February 1, 1963.

He soon graduated from BYU and began a teaching career at American Fork High School. His time as a high school teacher was only a few years, but it evoked a lifelong love for teaching! They welcomed their first 3 children in a home that he built in American Fork.

Later, he moved to Seattle to work for Boeing and their fourth child was born in 1968. Next, he relocated to Phoenix where they resided for the birth of number five in 1973. Lastly, a return to Seattle in 1975 would be his future, where the last three children were born.

He retired from Boeing in 2002 after 29 years. Ivin and Dee began retired life with some air travel of the U.S. Shortly thereafter, Dee was diagnosed with ovarian cancer. They continued to travel their new adventures with an RV motorhome. Dee passed away in February of 2008.

Later in the year he met Shirley and proposed marriage for the following summer of 2009. Shirley and Ivin went on to do many new things together; like, his first cruise and trips around the western U.S. They mainly enjoyed living a quiet retired life in Federal Way along with their dog, Bella.

After nine years of marriage, Ivin was diagnosed with cancer and this past year was spent with doctors, hospitals and recovering. He spent his last six weeks among his wife, children, and grandchildren by his bedside.

Ivin wrote an abundant number of short stories detailing his life. He never claimed to be a good writer, but his stories are a written account of his life. In his own words: Frequently, after a person tells a personal story, someone will say, “You should write that story.” The answer is nearly always, “I should do that.” But in most cases, the story is never written. Also, many have counseled us to write about our experiences. Writing is not easy; it requires effort, persistence, iterations, and practice.

Ivin Giles was a true follower of the teachings of Jesus Christ. He shared his testimony of the gospel of The Church of Jesus Christ of Latter-day Saints with others daily. He especially loves the gospel topic of obedience. Once, while teaching a youth Sunday school class, he began by introducing that the lesson would be his favorite topic that started with an “O.” One of the boys energetically raised his hand and blurted out, “I know, I know . . . Honesty!”

Ivin goes on to share, “The Lord has established sources through which He reveals truth and guidance to His children. As we turn to the Lord’s divinely appointed sources for answers and direction, we can be blessed to discern between truth and error.”

The Church of Jesus Christ of Latter-day Saints

In Lieu of flowers, donations to the "Perpetual Education Fund" The Church of Jesus Christ of Latter-day Saints would be appreciated.

To send flowers to the family or plant a tree in memory of Ivin Giles, please visit Tribute Store

Share Your Memory of
Ivin
Upload Your Memory View All Memories
Be the first to upload a memory!
Share A Memory
Send Flowers