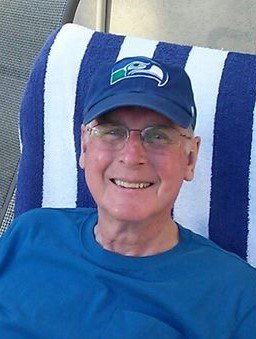 As a young child he moved with his parents to Grand Rapids, MI where he attended West Side Christian School. He studied at Calvin College and University of Michigan, graduating with a degree in Engineering.

He was blessed to win the hand of the angelic Lucy Schaapman and they were married in Ripon, CA on June 30, 1961. They moved to Berkeley, CA and soon to follow was sweet baby Becky, on December 7, 1962. Bouncing baby boy Bill was born July 18, 1964. In 1969 the family moved to Willow Grove, PA. On April 29, 1971 precious baby Amy was born. His work as a civil engineer focusing on hydropower brought the family to Iran from 1973 to 1974. Not long after their return to Willow Grove, bonus bicentennial baby Carrie was born on March 4, 1976.

1982 brought drastic changes as Mom, Dad, Amy and Carrie moved to Bellevue, WA leaving Becky and Bill at their colleges in Iowa and NY. CH2M Hill was his employer through retirement, with many travels to jobsites in the West where he supervised Dam-building and Irrigation projects. Lee and Lucy moved to Eagle, ID in 1994 where he continued his work until retirement in 2002. They returned to Washington State, this time settling in Puyallup near daughter Amy and her family. Lucy preceded Lee in entering heaven January of 2017 which brought him into a time of significant loneliness although he was truly grateful for the relationships he had.

Lee was loved by many: from neighbors to family members, friends and especially his church family. He was very active in church life, volunteering his time and dedication as Elder at all of the churches he became a member of. He will be fondly remembered by many for his corny humor, which could put anyone at ease, young or old.   He enjoyed bowling and always had his hand in something, whether it was building things around the house for Lucy, being facilitator for the church addition, or volunteering at the hospital and at his new residence. He will be sorely missed by many.

In lieu of flowers, donations can be made to his favorite charity, Bridges of Love NW, http://bridgesoflovenw.org/ PO Box 731747 Puyallup, WA 98373.

To send flowers to the family or plant a tree in memory of Lee (Leroy) DeHeer, please visit Tribute Store
Thursday
12
September

Share Your Memory of
Lee (Leroy)
Upload Your Memory View All Memories
Be the first to upload a memory!
Share A Memory
Send Flowers