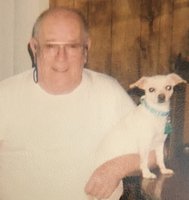 James Bryan McMahon was born to Dale and Bessie McMahon on September 22, 1936 in Oaksdale, Washington and completed his journey on November 25, 2019 in Puyallup, Washington surrounded by his wife and children.